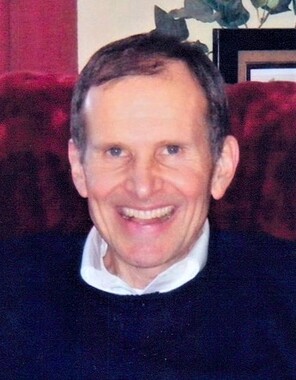 Back to William "Bill"'s story

The most important event in the life of William J. Kennedy was the moment he dedicated his life to Christ in 1970, following a college Bible study. From that time on, his life was fully devoted to God; his wife, Pam; and to sharing the Gospel with Chinese students and their families.

Bill was the firstborn son of Jewel (Neuenfeldt) and James Kennedy, arriving on Aug. 6, 1951, in Portland, Oregon. He attended St. Thomas More and St. John Fisher elementary schools and graduated from Wilson High School in 1969 in Portland. He attended Stanford University for two years and earned a civil engineering degree from the University of Washington in 1980. Bill met his wife of 32 years, Pam Jarboe, in 1975 through the Baptist Student Union (BSU) at UW. During a BSU mission trip to Hong Kong in 1976, God planted in Bill's heart the desire to minister to Chinese people. This led to multiple missionary trips to Hong Kong, China and Taiwan and studies in Mandarin. Bill earned a Masters of Divinity degree in 1986 from Golden Gate Baptist Theological Seminary in Mill Valley, California.

Bill and Pam married on Jan. 3, 1987, in Oklahoma City and spent several years in the Bay Area, where Bill served as the senior pastor at the First Chinese Southern Baptist Church from 1990 to 1993. They moved to Norman, Oklahoma, in 1993, where they began ministering under the direction of Jim and Jeri White at Trinity Baptist Church Chinese Fellowship. Over 26 years they have befriended hundreds of Chinese and gently guided their spiritual growth. Though Bill and Pam have no biological children, by God's grace He has blessed them with many dear, spiritual children.

Bill and Pam made their home a haven, a source of physical and spiritual nourishment, full of music, laughter, prayer and worship. Bill's love for and devotion to Pam was evident in many ways. Their marriage was a joyous, sacred, selfless union and a reflection of Christ's love for His people.

Always a natural athlete, Bill played basketball and baseball in high school and was an avid fisherman and runner and enjoyed golf. He loved being outdoors and reveled in all of creation. A lifelong learner and teacher, he enjoyed sharing his interests and passions with others.

Bill's life verse: "I have fought the good fight, I have finished the race, I have kept the faith." (2 Timothy 4:7) After a long battle with cancer, Bill was joyfully welcomed into Heaven by his loving Savior on Sept. 6, 2019.

Plant a tree in memory
of William "Bill"

A place to share condolences and memories.
The guestbook expires on December 07, 2019.

Restore the guestbook to view the 6 more posts by family and friends, and share a memory or message of condolence of your own.