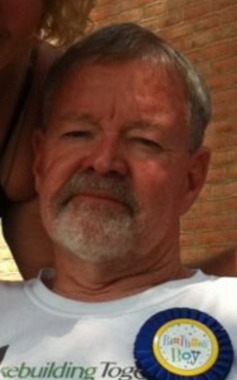 Back to Wallace's story

Wallace Terry Western was born to Bill and Rosemary (Wells) Western on June 1, 1947 at Holdenville, Ok. He departed this life on September 13th at his home in Norman, Ok. at the age of (72) years.
He graduated from the Wetumka High School and attended East Central State College and also Wilburton College. Mr. Western received an Honorable Discharge from the U.S. Marines.
He and Suzanne Reynolds were united in marriage on October 27, 1984 in Norman, Ok. Their marriage was for almost (35) years. He owned and operated the Covenant Restoration Co. for over (20) years serving the Metro and Norman area before his retirement. He was an avid OU Sooner fan, enjoyed reading and listening to music and spending time with family.
He was preceded in death by his Parents. Those who survive him include his Wife Suzanne of the home, Son Joshua of Norman, Daughter Jennifer Standfill and husband Chris of Norman, Grandchildren; Natalie, Annabelle, Violet and Jordan, (2) Sisters-in-law; Vicky Ledford and husband Don and Brenda Knight and husband Gary, Brother-in-law Ralph Thomas Reynolds also many Cousins and other family and friends.

Plant a tree in memory
of Wallace

A place to share condolences and memories.
The guestbook expires on December 15, 2019.