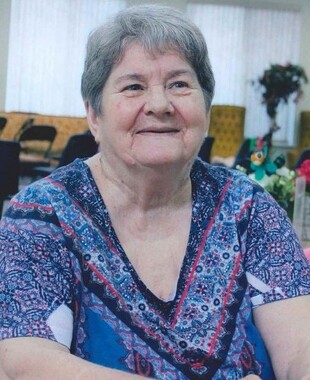 Back to Ursula Elizabeth's story

Ursula Elizabeth Hursey, 75, of Moore, passed away September 7, 2016 in Norman. She was born October 6, 1940 in Koblenz, Germany, the daughter of Otto and Kate (Emmerich) Oster. Ursula had only recently moved to the Moore community from Marksville, Louisiana. She was a homemaker and enjoyed attending the Brand Senior Center. Ursula enjoyed shopping, traveling and collecting dolls, and especially enjoyed spending time with her family and friends, especially her grandchildren. She was preceded in death by her parents; her husband, Willis Hursey and a sister, Margaret Oster. She is survived by her sons and daughters-in-law, Michael and Toni Hursey of Moore, Marcus and Nicole Hursey of Koblez, Germany and Christopher Hursey and Sharon Lemoine of Marksville, Louisiana; grandchildren, Kaysi Hursey, Rosemary Hursey, Shelby DeCuir and Summer Johnson. A memorial service will be held in Fields, LA at a later date.
Published on September 10, 2016
To plant a tree in memory of Ursula Elizabeth Hursey, please visit Tribute Store.

Plant a tree in memory
of Ursula Elizabeth

A place to share condolences and memories.
The guestbook expires on December 09, 2016.