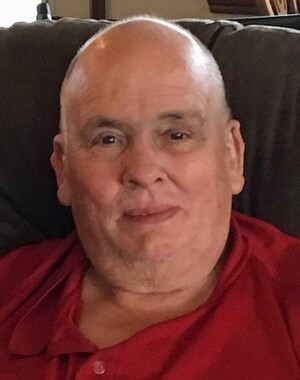 Thomas John Wilson III went home to heaven July 26 surrounded by family. His final days were spent enjoying time with family at home. Tom was born in OKC in 1950 to Thomas and Mary Wilson. He graduated from John Marshall High School in 1968. In 1972 he graduated from OSU with an Industrial Engineering Degree (he did learn to say Boomer Sooner though). Thanks to a teacher making them sit in alphabetical order as a junior in high school, he sat by Diana in Chemistry & Physics Lab. They started dating in 1967 and have been blessed with 48 plus years of marriage. After college they moved to the Houston-Galveston area where Tom worked as a safety engineer for five years. After that they returned to Norman to work in the family business, Wright's Family Market. Tom worked as the store manager at the main street store. He was a problem solver, delivery boy, package help, delivered flowers, Mr. Fix It - you name it - he did it. He could work miracles with bailing wire and tape. He always made sure the people of Norman had what they needed- soda, popsicles, tailgate party supplies, food for the Cleveland County Christmas Store, etc. Thank you to all the employees and customers throughout the 37 years. His wife, two children, daughter-in-law, and two granddaughters were the light of his life. He loved building things, baseball, fishing, and traveling. He has baited too many hooks and taken off too many fish to even count. He would take them off and rebait the hook as fast as the kids could catch them: starting with his own kids, then his grandkids, and nieces and nephews and their kids. He was Papa Tom to many and Big Papa to his granddaughters. He is preceded in death by his parents: Mary and Thomas Jr.; in-laws: Coy & Louella Wright; brother-in-laws: Richard Alexander, Larry Wright. He leaves his wife: Diana; children: Jenny Wilson, Tommy and his wife, Jennifer, and their daughters: Hanna and Lillian Wilson; brother: Robert & his wife Peggy; sister-in-laws: Peggy Alexander, Lori Wright; many nieces and nephews and close friends. Thank you for joining us to celebrate this kind, loving man that God has blessed us to know. His life was a blessing; his memories a treasure. He is loved beyond words and will be missed beyond measure. We will miss you until we meet again. In lieu of flowers, donations can be made in Tom's name to Go in The Name Missions at www.gointhename.com. It is a Christian missions ministry, based in Moore. They reach out to Panama, Colombia, and NYC. His granddaughter, Hanna, has a heart for missions and has traveled with them to spread the gospel many times over the past four years. We are celebrating Tom's life with a graveside service on Monday, July 29th at 2:00p.m. Hillside Cemetery in Purcell, Oklahoma, followed by a celebration of life at the farm from 3:00-5:00p.m. Bring your fishing poles. Send online condolences @ wilsonlittle.com.
Published on July 27, 2019
To plant a tree in memory of Thomas John Wilson III, please visit Tribute Store.

A place to share condolences and memories.
The guestbook expires on October 25, 2019.