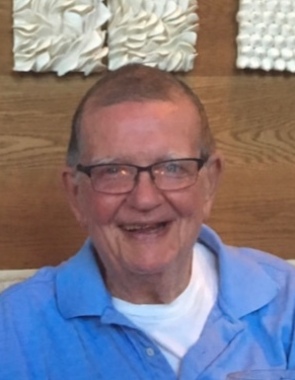 Thomas Michael Roche died peacefully surrounded by his family. He was preceded in death by his beloved wife Kathy.

He was born in Cleveland, Ohio, and moved to Norman, OK in 1970.
Tom was a prolific gardener. He enjoyed listening to his extensive eclectic music collection. Tom was a U.S. Air Force Veteran of the Korean War.

He was always happy at the beach but he was most happy when in the company of his family.

He is survived by his children, Christine Thompson, Becky Soder, Mike Roche, Mary Prather, their spouses, his six grandchildren and his two great grandchildren.
Published on November 5, 2019
To plant a tree in memory of Thomas Michael Roche, please visit Tribute Store.

A place to share condolences and memories.
The guestbook expires on February 03, 2020.

Andy & Barb
Mike,
We just learned of the death of your dear father. We are so very sorry for your loss. Your mom would have been very proud of you for the way you moved in and took such good care of him. We pray for peace and comfort for you
Laurie Martin
I enjoyed knowing Mr Roche later in his life. He was a very kind and caring man. Eternal rest grant unto him, O Lord, and let perpetual light shine upon him. May he rest in peace.
View all