Back to Terrence's story

Terrence Timothy "Tim" Stewart died Monday, Feb. 3, at Norman Regional Hospital following a brief illness. He was 77.
He was born August 22, 1942, in Enid, the second of five children born to J.C. and Ruth Willoughby Stewart.
Tim grew up in Muskogee and graduated high school there in 1960. He enlisted in the United States Marine Corp where he served four years. He ultimately achieved the rank of Corporal and held assignments in Alaska and California.
It was during his service in California when he met Patricia Alexander at the base bowling center. He and Pat fell in love and were married on December 26, 1964. Their marriage produced two children. Their son, Tracy, was born in 1965, and their daughter, Terri, was born in 1967.
Tim was an enthusiastic entrepreneur. He started his own property management business, Income Property Management, and enjoyed that business and career until he retired in 2009. He was an active member of the Norman Chamber of Commerce and served on a number of local nonprofit organizations.
Tim was a member of McFarlin Memorial United Methodist Church where he and Pat enjoyed Sunday School with their beloved Close Ties class. Tim led the church's Thursday Morning Utility Assistance Ministry for the past nearly 25 years. McFarlin recognized Tim for his service this past January during Sunday worship services.
He was an avid reader and enjoyed traveling with Pat and family and friends. He enjoyed socializing on any occasion. Tim was a devoted husband, father and grandfather to his five grandchildren and attended any and all church, sports, and school activities in which his grandchildren were involved. He was especially fond of watching his grandchildren perform at Sooner Theatre. Tim was also a devoted dog dad to Lucy, his rescue Schnauzer.
Tim was preceded in death by his parents and his in-laws, J.C. "Cal" and Ruth Alexander.
Tim is survived by his wife of 55 years, Pat, of the home, his son Tracy Stewart (Leasa) of Norman, and his daughter Terri Paden (Andy) of Norman, and grandchildren Sydney Paden, Riley Stewart, Anna Carman Paden, Ashlea Stewart and Callen Stewart.
He is also survived by siblings Lionel Stewart (Janice), of Knoxville, Tenn., Dan Stewart (Christie) of Bartlesville, Diane Roach (Ron) of Grand Lake, and David Stewart (Candy) of Muskogee, and numerous nephews and nieces.
Memorial contributions may be made to McFarlin Memorial United Methodist Church Utilities Assistance Ministry, 419 S. University Blvd., Norman, OK 73069.
A celebration of Tim's life will be held at McFarlin on March 11 at 11 a.m.
Service under the direction of John M. Ireland and Son Chapel in Moore.
Published on February 10, 2020
To plant a tree in memory of Terrence Timothy "Tim" Stewart, please visit Tribute Store.

Plant a tree in memory
of Terrence

A place to share condolences and memories.
The guestbook expires on May 10, 2020.

Cindy Work Abell
Hi Pat,
Remembering Tim with special gratitude for his kind nature. You are family we rarely get to see but always remember in our hearts. We send our deep sympathies and much love.
Caroline Alexander

A memorial tree was planted in memory of Terrence Timothy "Tim" Stewart.  Plant a tree

Dan Cavallo
Tim was a dear friend and important part of my family’s life for many years. His laugh and his smile are both what I will remember the most and miss the most. I loved him very much. Condolences to his loving and beautiful wife Pat, his incredible children Tracy and Terri and their spouses Leasa and Andy and their children. You will all be in my thoughts and prayers.
Frankye Johnson
Thoughts and prayers for Tim’s loved ones. He was always so kind and helpful.
Nancy & Bill Craig
We are blessed to have received friendship from Tim & Pat and to have had the honor of worshipping & studying with you both. Pat: you are in our thoughts, prayers, & love.
John & Patti Wiershing
So sorry for your loss, Prayers for family.
Susan Powell
Thinking about all of you! Prayers
Caroline Alexander
What I remember about Tim was his devotion and always being on terra firma. I'm so glad I got to meet and spend some family time with him.
Joyce
Deepest Sympathy to all his family and friends. Love and prayers.
Debbie Larson (RBT)
Pat you and your family are in my thoughts and prayers during this difficult time.
View all 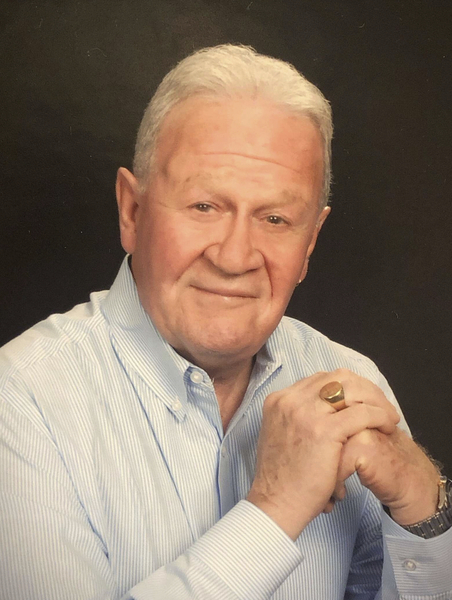