Back to Teresa's story

Teresa was born August 15, 1963 in Sulphur, Oklahoma. She passed away January 27, 2020 in Norman, Oklahoma, at the age of 56. She is survived by her parents Dr. James M. Kenderdine and Earlene Sartin Kenderdine; Two sons, Dorian A. Crider, and Logan N. Crider and his wife Eva Wilcox; A sister, Melissa A. Lamb, 3 nephews Noah, Thaylo and Teagan Lamb; All of Norman, Oklahoma; She is also survived by a stepbrother, Jay Kenderdine, his wife Julie and their son Adam of Jenks, Oklahoma. An uncle, Keith Williamson of Ardmore, Oklahoma, as well as numerous cousins also survive her. She was preceded, in death, by her Aunts Dianna Ballinger and Mary Williamson, both of Ardmore, Oklahoma.

Teresa attended High School in Pauls Valley, Oklahoma before moving to Norman with her family. Before starting college at Rogers State in Claremore, Oklahoma, she was a volunteer at Norman Shelter For Battered Women, where she created, and produced, a coloring book specifically designed for children coming into the shelter with their mothers. Teresa Graduated from the University of Science and Arts of Oklahoma with a degree in Fine Arts. She was embarking upon a graduate degree program in Forensic Anthropology at the University of Oklahoma when she first became ill.

She was a gifted artist particularly in painting and sculpting. As her ability to control her work declined, she began creating her work in an online community called Second Life, beginning by creating a Virtual replication of New York City's famous Hotel Chelsea. She wanted to create in her new, virtual world, a place where any artist, painters, sculptor, photographer, musician or poet, could find a place of support, community, performance venue, just as the original Hotel Chelsea had pioneered in New York City. In the lobby of the original Hotel Chelsea, the owners have placed a plaque recognizing and applauding her virtual creation. She is described as 'having a heart as big as the world, and the soul of a warrior". In that nurturing and encouraging environment she had begun to paint again in the last year, trying some new techniques.

A Memorial Service will be held in her honor at Loveworks Leadership, 151 12th. Avenue S.E., Norman, Oklahoma, on Friday, February 21st at 2:00 pm. Donations to Love Works Leadership (https://www.loveworksleadership.org/donate) are appreciated, as well as flowers and tributes.

Teresa was generous with her time and talents. She had a quick, bright smile. She was very kind and caring, with a quick sense of humor. She loved God. She loved her family, her friends and her kitties. She leaves a hole in our hearts and the world is a poorer place without her.
Published on February 14, 2020
To plant a tree in memory of Teresa Lynn Williamson Crider, please visit Tribute Store.

Plant a tree in memory
of Teresa

A place to share condolences and memories.
The guestbook expires on May 14, 2020.

Julie Stewart
I am sorry to hear this. Teresa was a great neighbor to me on Dakota St. I will keep the family in my prayers. RIP.
Patricia (Pattye Caproni) Livingston
My deepest condolences to Teresa’s family. I will miss my beautiful friend dearly.
Patricia Averbach (Keykey Underwood)
I knew Teresa Lynn Williamson Crider as Enola Vaher in Second Life where she created beautiful spaces and opportunities for artists to express themselves. I will remember her kindness, her generosity and her flamboyant style. Her loss has left a hole in the very real hearts of our virtual community.
Alison Huse Farhner
My deepest condolences to everyone in the family and all of Teresa's friends.
Mark & Kelly Woody and the Kindred Wealth Team

Beautiful Dreams was purchased for the family of Teresa Lynn Williamson Crider by Mark & Kelly Woody and the Kindred Wealth Team.  Send flowers

A memorial tree was planted in memory of Teresa Lynn Williamson Crider.  Plant a tree

Alison (Luna Branwen) Huse Farhner
Teresa enola has been my dear friend for eight years. I cannot begin to express what all she means to me here. Her artistry and beauty shined even in darkest times. We shared pretty much everything, as a result of our shared loved of stories across time: personal and historical. We practiced not complaining together, and sharing Light between ourselves, encouraging one another to take care of ourselves; it was not as difficult for me to do so, for I did not experience the kind of physical pain she did. She always rallied; I thought she would always rally, just as I I had thought my own mother would. My own mother who Teresa helped me grieve when my mother passed in 2013. We spoke of our youn...g mothers. We spoke of women over time. We spoke of music, and literature, and art, and the history of it all. We spoke of pretending to be human. I will miss her from now on, and always. Rest in peace, dear friend; I believe now that you are free and fully in the Light.Read more 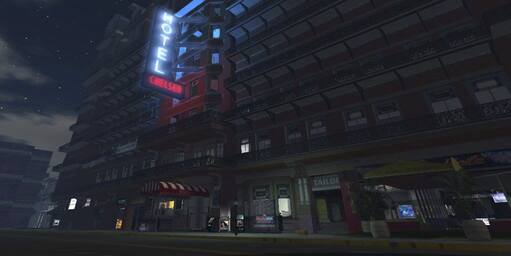