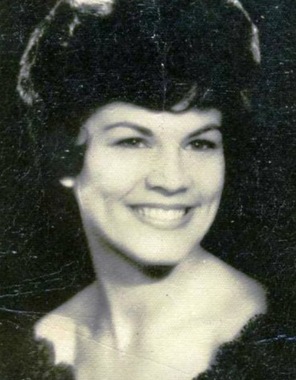 Back to Sharron "Gale" Budzinsky's story

Sharron Gale Budzinsky Deere passed away peacefully on Friday, November 1st at 76 years of age. Sharron Gale and her twin brother Johnny Dale were born on Friday, April 23, 1943 in McAlester, Oklahoma. Gale is the daughter of the late John Budzinsky and Eva June Ward Budzinsky. She is the sister of Patsy LaRue Budzinsky Myers (living) and the late Johnny Dale Budzinsky. Gale graduated from McAlester High School in 1961 and attended the University of Oklahoma. Gale was a member of the Pi Beta Phi sorority. Gale was married for 57 years to Monte Max Deere, Sr. after they met at OU and together they have four sons, Monte, Jr., Michael, Jason and Josh. Gale and Monte have four daughters-in-law (Bobbi, Kelly, Sonja and Brittany). They have fourteen grandchildren; Jackson, Cameron, Annie, Justin, Jake, Brooke, Kennedy, Griff, Josie, Maddy, J Davis, Josh, Wyatt and Jack; and one great-granddaughter Madeline.
Monte and Gale raised their family in Norman, Oklahoma. They retired on a small farm in Columbia, Tennessee for a few years before moving to Alpine, Utah in 2012. Gale (Meemee) had a way of making everyone she met feel like they were the most important person in the world and she will be missed by all who knew her until we are with her again. Services will be held on Thurs, November 7th at 11AM at the Church of Jesus Christ of Latter-day Saints, 1125 East Alpine Blvd, Alpine Utah 84004 (Google map works, Apple map misdirects).
Funeral arrangements made by: Warenski Funeral Home, 1776 North 900 East, American Fork, Utah 84003/801-763-5000
Published on November 4, 2019
To plant a tree in memory of Sharron "Gale" Budzinsky Deere, please visit Tribute Store.

Plant a tree in memory
of Sharron "Gale" Budzinsky

A place to share condolences and memories.
The guestbook expires on February 02, 2020.

Restore the guestbook to view the 11 more posts by family and friends, and share a memory or message of condolence of your own.