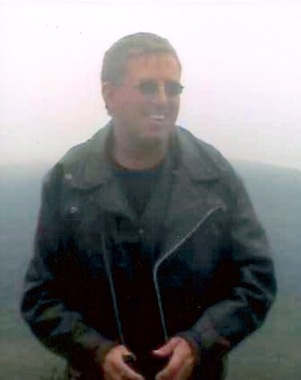 Back to Ricky's story

Ricky Taylor was born to Charles and Wanda (Foster) Taylor on April 8, 1964 in Oklahoma City. He departed this life on November 16th at the Norman Regional Hospital at the age of 52 years. Ricky graduated from Douglas High School and made his home in Noble for 20 years moving from Choctaw. He was employed with Winsons Poleline Construction as a mechanic. Ricky was a loving Father and Grandfather. His family always came first. He was also an adventurer at heart. He loved the outdoors, camping, traveling, taking cruises, automobiles and especially motorcycles. He was a people person. He treated everyone like family and would always go the extra mile to help. Those who survive him include his Daughters; Brandy Taylor and Shelina Jones, his Mother Wanda Dover, 2 Brothers, 5 Sisters, 2 Grandchildren; Austin and Destiny, many Nieces and Nephews and other relatives and friends. MEMORIAL SERVICE: 1:00pm Tuesday, November 29th, McMahans Funeral Chapel. Arranged By McMahans Funeral Home.
Published on November 26, 2016
To plant a tree in memory of Ricky Lenn Taylor, please visit Tribute Store.

Plant a tree in memory
of Ricky

A place to share condolences and memories.
The guestbook expires on February 24, 2017.

Restore the guestbook to view the 4 more posts by family and friends, and share a memory or message of condolence of your own.