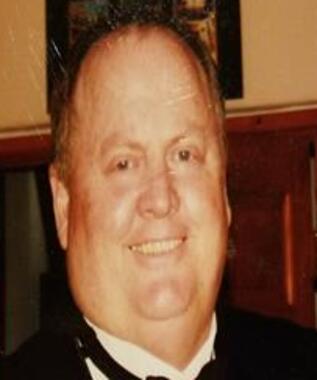 Back to Rick's story

Rick Rollins died Tuesday, December 3, 2019 in Oklahoma City, OK at the age of 63.
Rick was born December 28, 1955 in Purcell, Oklahoma. He grew up in Noble, Oklahoma where he spent his youth playing sports and working on his grandparent's dairy farm. Rick developed his strong work ethic and love for the Sooners and well-manicured lawns, as he spent his high school summers working at the OU golf course. As a Noble Bear, Rick excelled on the field and in the classroom earning a full scholarship to play football at Cameron University. It was during his time at Cameron that he met and fell in love with his future wife, Tammy. Rick graduated from Cameron University with a Bachelor's degree in Natural Science and Chemistry in 1979.
Soon after graduation, Rick began his 40 year career with Goodyear Tire and Rubber Company. In his early days at Goodyear he worked in the banburys, but with his "get in there and get it done" attitude, Rick quickly was promoted to management and currently as the operations manager. He also enjoyed playing basketball and softball at the company for many years.
Rick greatly enjoyed playing and watching sports throughout his life. He continued to golf with his great friend Ben Jackson within weeks of his passing. In addition to watching his Sooners play, Rick enjoyed spending time with his family, eating good food and working in his yard. Rick is also known for making world famous beef jerky. He took great pride taking care of everyone in his circle and will be incredibly missed.
Rick is survived by his wife of 42 years, Tammy Rollins of Lawton; his daughter, Ragan Rollins and son-in-law, Wendell Durham of Lawton; his daughter, Adrienne Rollins and son-in-law, Shane Hunter of Norman, OK; his grandchildren, Gillian Paras, Rider Paras, Porter Hunter and Scarlett Hunter; his 8 siblings, Patsy Cline, Linda Christy, Rita Cline, Ima Williams, Norma Christian, Ronnie Rollins, Nola Moore, and Bobby Rollins; his brothers and sisters-in-law; and many nieces and nephews.
Rick is preceded in death by his parents, Roy and Viola Rollins; and his parents-in-law, Victor and Ruth Porter.
A memorial service to celebrate Rick's life will take place on December 6, 2019 at 2:00 p.m. at Lawton Ritter Gray Funeral Home.
An online guestbook and sympathy cards are available at GrayFuneral.com.
Published on December 5, 2019
To plant a tree in memory of Rick Rollins, please visit Tribute Store.

Plant a tree in memory
of Rick

Jimmy Waskiewicz
Rick was a great MAN,bet him a dollar on the putting green at a Goodyear golf tournament lol, BLACKJACK!!! RIP RICK
View all