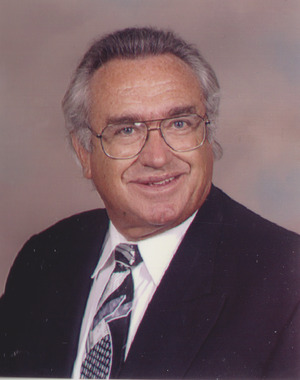 Back to Reverend Kenneth's story

Reverend Kenneth Wayne Adams, 79, was called to Heaven Dec 5, 2019 from his home in Norman, OK. His wife of 58 years, Martha, was with him at the time of his departure. Reverend Adams left behind a legacy of devotion to the Lord Jesus Christ and love for people. A faithful husband, father, grandfather, friend and pastor, Rev. Adams' life exemplified care for others and devotion to the Lord and his family.
They ministered for more than 50 years throughout the United States in various capacities, with the majority of their life spent leading and serving at Lakeside Church of God in Norman, OK, from which they retired after 37 years. Even in retirement Rev. Adams looked for ways to make people's lives better by doing what he could to minister grace and truth to all. Having a farming heritage, he claimed God must have called him to preach after someone more talented refused to answer that call. He raised cows throughout much of his ministry in Norman, until the responsibilities of pastoring required more of his time than "hobby farming" would allow. He finally returned to his roots after retirement by tending a small herd of registered Longhorn cattle. Kenneth loved his family, and they never had reason to question the priority he placed upon them. He invested his life into his two sons, Mark & Scott, and their families, and they are forever beneficiaries of his wisdom, wit, work ethic, concern for others, and devotion to God and family. They witnessed a Godly man live day-to-day life both at home and at church, which was a rare privilege for them and a lasting testimony to the great man their father was. He is proceeded in death by his parents Melford and Ruby (Clark) Adams. Left to cherish the memory of Kenneth is his wife, Martha, his sister; Carolyn Adams, sons; Mark and his wife; Cheryl, Scott and his wife Gayleen; Granddaughters Kate Adams, McKenzie Adams and Meagan Moore and Sister-in-Law; Marjorie Green. A Celebration of Reverend Adams life and ministry will be held at 1:00 PM on Saturday at his longtime church; Lakeside Church of God December 14, 2019. A private graveside was held at Sunset Cemetery in Norman. Floral tributes may be delivered to Primrose Funeral Service.
Published on December 10, 2019
To plant a tree in memory of Reverend Kenneth Wayne Adams, please visit Tribute Store.

Plant a tree in memory
of Reverend Kenneth

A place to share condolences and memories.
The guestbook expires on March 09, 2020.

He was a wonderful brother, always there to help me with going to different appts in OKC and when I needed someone to work on something in the house if he could not do it he always knew names of people who could be trusted. He loved people unconditionally. I miss going to his house for visits during the week and he always answered the door and our phone calls to each other. He never complained of how he felt, always telling me all is well or I am fine. I wake up and think of him and when I go to bed. I am so blessed to have him for my brother and I know I will see him and be with him again. He's an upright man of God, son, brother, father, husband, an anointed preacher, friend to o...thers, A hole has been left in me but I am so blessed to have wonderful memories. I love u brother.Read more

Scott
I remember serval years ago when I was going through a tough time. Brother Adams would pick up for lunch and pay for lunch. He was a great listener. Then he would take me home and give me the “The hundred dollar handshake”. Our prayers and thoughts are with the Adams family
Joe Winn
So sorry to hear about the passing of a great man, preacher, pastor, friend. We will always remember Kenneth as a dynamic pulpiteer and trustworthy friend. Today there’s shouting on the hills of Glory!
Rev. & Mrs Ralph Conkling
He will be missed more than words can say. A mighty minister, pastor and dear friend. Very few have we held in the highest esteem more than Bro. Adams.
View all