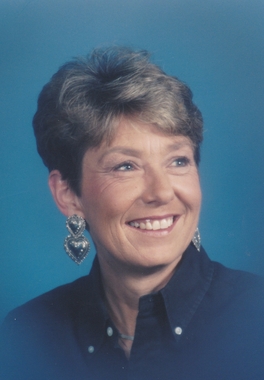 Back to Phyllis's story

Phyllis Charlene Beasley, age 71, of Washington, passed away peacefully at her home on Thursday, October 11, 2018. Phyllis was a New Year's baby born January 1, 1947, in New Deal, Texas. She was the younger of two daughters, born to John H. and Helen Reagan. Phyllis grew up in New Deal where she was a star basketball player. She was known to score between 20-43 points a game. She was also a drum major and named Miss New Deal her senior year. After graduating, she attended Texas Tech University where she studied secondary education and history. There she met and married Weldon Beasley in 1969, and together they raised two daughters, Shala and Amy. In 1978, they moved to Washington, OK.  Phyllis started working at Washington public schools in 1988. She loved being around all of the kids, and made many lifelong friends. She later transitioned to a career in banking and mortgage lending where she spent 8 years serving the public. The last nine years, Phyllis worked for Cleveland County Sheriff's Office where she started out as a receptionist and ended her career as a self-defense act clerk.

Phyllis was preceded in death by her parents and one sister, Dolores Brownlow. She is survived by two daughters, Amy Hendrix of Norman, Shala Mainus and husband Greg of Washington, seven grandchildren, Luke & Alexia Hendrix, Madi and Macey Cargill, Emma, Lillie and Gage Mainus, other family members, and a host of close friends.

Memorial services will be Tuesday, October 23rd at 4:00pm at Wilson-Little Funeral Home Chapel in Purcell. In lieu of flowers, donations may be made to the Alzheimer's Association in her honor at http://act.alz.org/goto/PhyllisBeasley. Send online condolences @ WilsonLittle.com.
Published on October 19, 2018
To plant a tree in memory of Phyllis Charlene Beasley, please visit Tribute Store.

Plant a tree in memory
of Phyllis

A place to share condolences and memories.
The guestbook expires on January 17, 2019.