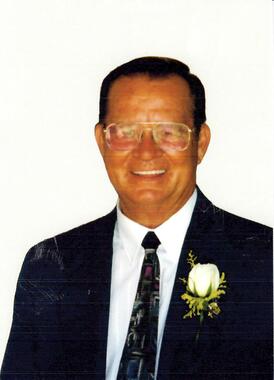 Back to Norman's story

Norman Lee Davis Sr., 86, husband of Theda Cargill Davis passed away Monday, April 15, 2019 at Norman Regional Hospital after an extended illness. Norman was born October 7, 1932 in Cherokee County, North Carolina to Poley F. and Ethel Smith Davis.
Norman, a 1950 high school graduate from Etowah, Tennessee, joined the U.S. Air Force to serve his country in 1951. His four year service included three years of service in Germany. He was honorably discharged in 1955.
Norman and Theda were married in 1954 and resided in Oregan until their relocation to Norman, Oklahoma in 1955 where they raised their family of three children. As a civilian, Norman worked at Tinker Air Force Base for 31 years. In 1986 Davis received the Meritorious Civilian Service Award as group leader of the Acquisition and Management Support Group in the Directorate of Plans and Programs. He retired from Tinker in 1987.
Norman was a faithful member and deacon of the Skyridge Free Will Baptist Church in Noble, Oklahoma. Throughout his life he served everyone who had the blessing to meet him. Norman had a heart for people and will be greatly missed by all who knew him. When not serving others, he enjoyed time spent with family and friends. He enjoyed landscaping, gardening and keeping an immaculate yard. Fishing and camping trips with his family were his favorite past time.
In addition to his loving wife, Theda of 64 years, Norman is survived by one son, Norman Davis Jr. and wife Cheryl and two daughters; Pam Levy and husband Mark and Dana Ryan and husband George all of whom reside in Norman, Oklahoma. He survives six grandchildren; Marcie Levy, Jacob Levy, Nate Levy, Brant Davis, Kyle Davis and Jordan Kerley, six great grandchildren; Liam Levy, Caley Davis, Brianna Davis, Spencer Davis, Clara Davis, Logan Kerley and one on the way.
VISITATION HOURS: 4:00PM-7:00PM THURSDAY, APRIL 18TH, McMahans Funeral Home
FUNERAL SERVICE: 11:00am Friday, April 19th, Skyridge Free Will Baptist Church, 150 S. 48th, Noble, Ok.
INTERMENT: Fairview Maguire Cemetery with Military Honors
Services arranged and directed by McMahans Funeral Home
Published on April 17, 2019
To plant a tree in memory of Norman Lee Davis Sr., please visit Tribute Store.

Plant a tree in memory
of Norman

A place to share condolences and memories.
The guestbook expires on July 16, 2019.