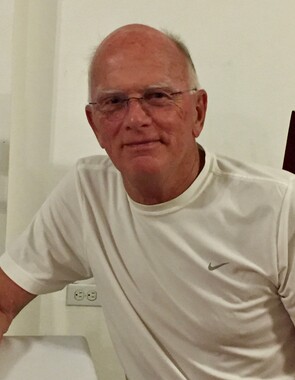 Back to Mike's story

Michael "Mike" Gene Hilgenfeld, a Norman community leader who put his faith in Jesus and gave his whole heart to his family, entered into Heaven on May 10. He was 68.

Mike was born to Gene LeRoy and Vivian Joyce (Gibbens) Hilgenfeld on January 23, 1951 in Pratt, Kansas. The family moved to Norman, Oklahoma in 1965, where Mike graduated from Norman High School in 1969 and later married his high school sweetheart, Susan Coker, on July 8, 1972. She remained his greatest joy. The couple made their home in Norman and had four beautiful children. In 1985, Mike and Susan moved their family to Mobile, Alabama where Mike operated Coker-Hilgenfeld Mazda for five years. He continued his influence on the community through various civic organizations.

In 1991, Mike was given the opportunity to operate the Chick-fil-A at Sooner Mall; he later transitioned to operating the free-standing Main Street location. Mike spent 28 years as an owner/operator, a career that gave Mike countless opportunities to support the Norman community. He found joy in providing food for Norman organizations, schools, churches and families. These moments humbly serving others were the quiet actions that defined his far-reaching influence.

Family was everything to Mike. He spent as much time as he could building memories with his wife, children and grandchildren. After watching his wife battle cancer almost 10 years ago, Mike made a point of prioritizing family vacations and time together. From the point forward, Mike visited 33 countries and made the most of every day. He loved being near the water - scuba diving, fishing or just enjoying God's beautiful creation. Mike was generous, kind, steadfast and a strong believer in actions above words. He was known by his family, friends, and colleagues to be a prankster and was always good for a laugh.

Contributions in Mike's memory may be made to the Stephenson Cancer Center in Oklahoma City (stephensoncancercenter.org).

A celebration of Mike's life will be held at 10:00 am on Friday, May 17 at First Baptist Church, Norman (211 W. Comanche). Mike's family requests that bright, casual clothing be worn to the event.

Mike's family has entrusted his care to Tribute Memorial Care in Norman (405.292.4787). Please share condolences and memories of Mike at www.tribute.care.
Published on May 14, 2019
To plant a tree in memory of Mike Hilgenfeld, please visit Tribute Store.

Plant a tree in memory
of Mike

A place to share condolences and memories.
The guestbook expires on August 12, 2019.

Restore the guestbook to view the 16 more posts by family and friends, and share a memory or message of condolence of your own.