Mary Louise (Clevenger) Busby, 78, passed away February 14 in Oklahoma City. Services will be held on Saturday, Feb. 22 at 11:00 a.m. at Matthew's Funeral Home in Edmond with Bill Sanchez officiating. Burial will follow at El Reno Cemetery.

Mary Lou was born in El Reno on October 27, 1941 to Mary (Leonard) Clevenger and Warren Clevenger. She graduated from Enid High School in 1959. Mary Lou then attended Abilene Christian University and graduated in 1963 with a B.S. in Psychology. She married Wayne Busby in September 1964 and they both attended LSU and earned Masters in Social Work degrees. Mary Lou also earned a Fellowship while attending LSU and graduated with honors.

Mary Lou was known as a dedicated and compassionate Licensed Clinical Social Worker. She focused on child services work early in her career and then shifted to geriatrics. Mary Lou loved to travel and visited Israel and Costa Rica with church groups. She also attended the 1988 Winter Olympics in Calgary with her daughter. She loved to take family trips to the mountains of New Mexico and Colorado as well as visiting family and friends in California.
Mary Lou was a track and field official at OU and at the U.S. Olympic Festival. She enjoyed the outdoors doing gardening and going on nature hikes. She was active in bible study and loved spending time with her two granddaughters.

She was preceded in death by her parents, Mary and Warren Clevenger. She is survived by her daughter, Christine; son-in-law, Scott: and two granddaughters, Ashley and Lauren.
Published on February 20, 2020
To plant a tree in memory of Mary Louise Busby, please visit Tribute Store.

A place to share condolences and memories.
The guestbook expires on May 20, 2020.

Laurie Krommendijk
P.S. I also tried to send a plant but they said it would not arrive in time for the funeral. I truly wish I could be there with you to say Goodbye.😭
Freda Elliott Baker
I first met Mary Lou at church in Enid during the summer of 1959. I also worked with her dad at Champlain oil & Refining company. After being friends for about 60 years, I was saddened to learn of her health decline and death, and offer sincere condolences to the family.
View all 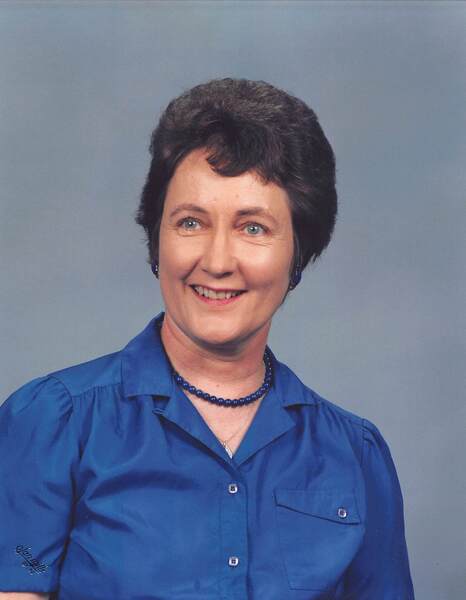