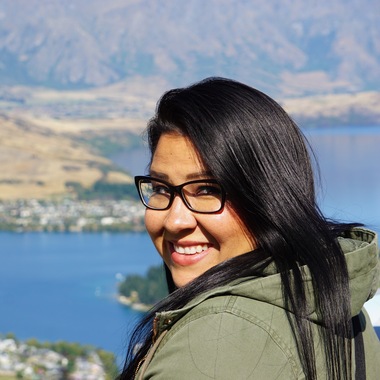 Back to Lorena's story

Lorena McClain McDow of Oklahoma City left this world on November 12, 2019 in Chiang Mai,Thailand at the age of 38.

Lorena was born in Owatonna, Minnesota to Michael McClain and Guadalupe Brito on August 26, 1981. She married Sean McDow on June 15, 2012 in Norman, Oklahoma. Lorena was a loving and devoted mother to daughters Mireya age 19 and Gabriela age 7.

Lorena graduated from Northwest Classen High school in Oklahoma City. She continued her education at The University of Oklahoma where she studied art and architecture. She received her Bachelors of Science in Environmental Design with a minor in Architecture in 2008. She went on to achieve her Masters of Architecture in 2018. She was awarded Best of Show in the IIDA fashion show 2015 and the Designers Choice award IIDA Glitz and Glamor Fashion Show 2011. All aspects of her life involved brightness, color and creativity. Photography was an important role in her life where she could express herself through portraits of the people and experiences she held dearly. She also expressed herself through many other forms of mixed media art. Her last year on earth was spent exploring the splendor that our planet had to offer. Her travels carried her, her husband, and daughters to Mexico, London, Spain, New Zealand, Australia, Bali, Indonesia, Singapore and Thailand.

Lorena was preceded in death by her Abuelita Leonila Aguilar and her Grandfather Corwin George McClain Sr.

Plant a tree in memory
of Lorena

A place to share condolences and memories.
The guestbook expires on February 20, 2020.

Madison
Lorena was my aunt I loved her and I miss her and she always put a smile on mine and my dad Michael Ray's and other people's face she was sweet and no matter what she did she would always make you happy she was always there for you whenever we love you and we miss you the Lorena
Brooke and Roland (@boldintentionallife)
Dear Sean and you wonderful girls!
We are so sorry to hear of Lorena's passing. We loved meeting you all and loved talking to Lorena over the past year or so. She always checked in, shared ideas and loved inspiring others. She made a big impression on us and we're so thankful we got to meet her.
Much love to you all.
Brooke
Tamitha Staggs
I worked with Lorena years ago at EPBS. I remembered her as a very sweet, always smiling lady. I remember she was a very strong single Mom at the time and juggled work school and taking care of her daughter. She never let anything get in her way. She always put her daughter first in everything. I'm so sorry for your loss. May the Lord Jesus hold you in his arms during this time.
Lupe Clements
My sincerest condolences Sean, Mireya and Gabby. Your wife, mother was a dear friend. Of course with different jobs and family we lost touch. I still remember the many crazy, fun times we had at work (EPBS) and off work. A good memory we had was at the U2 concert at the OU stadium, October of 2008. Best concert and time ever! Always missed you and wondered what you were up to. You always followed your heart. Eternal rest granted unto her O' Lord and may perpetual light shine upon her. May she rest in peace. Amen!
Erin Schier
Sean, girls and family. I am so sorry to hear of the passing of you Lorena. I will be praying for peace and comfort for you all. May you have many happy memories of her! She seemed like a great woman when I met her!
Marlene (Griffin) and Dave Sell

I am Dan Griffin's sister in Idaho. We wish to offer our deep sympathy for your loss.

Trey P.
We’re going to miss you, Lorena! Thanks for shining your light on all, while you were here. Your legacy will carry on with the inspiration and wonderful memories you’ve given to us. We love you. Sean, Mireya, Gabby, Mike and Lupe - our hearts and thoughts are with you. Big hugs...big hugs.... For those of you wonderful people who would like to help out - here’s the direct link to the gofundme campaign : https://www.gofundme.com/f/celebrate-the-life-of-lorena-mcdow
Also- for mucho inspiration, check out her adventures on her wonderful travel blog: https://directionofourhearts.com/ (I challenge you all to live a life filled with such love, wonder, and beauty). ❤️💫 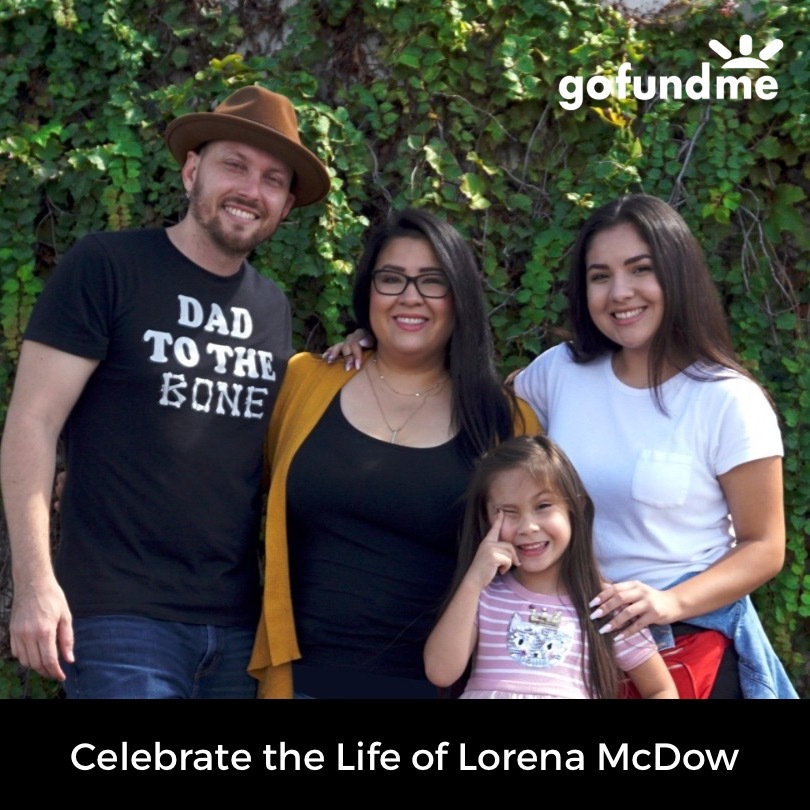