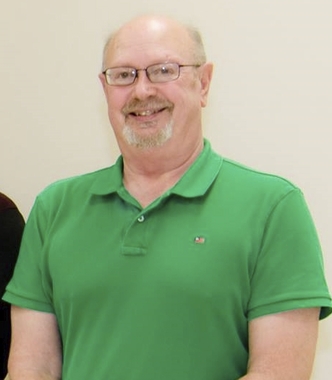 Back to Jon's story

Jon Hampton Goldsby age 65, of Norman, passed away Thursday, April 19, 2018 after a brief battle with cancer. Jon was born February 23, 1953 in Purcell, OK. He was the youngest of five children born to Richard Olney Goldsby Jr. and Joyce Marguerite (Lamb) Goldsby. Jon spent his younger years growing up in Washington and his high school years in Norman, graduating from Norman High School in 1971.
After high school Jon married the love of his life, Vanessa Joyce Long. They were married on December 3, 1971 in Moore, Oklahoma and together they raised one son, Eric. Soon after they married, Jon joined the United States Air Force and proudly served his country for six years. While in the service he was trained in electronics and after he got out of the service he continued his education at O. U. He later became a software engineer and graduated from the University of Oklahoma with his Master's Degree in Electrical Engineering.
After being honorably discharged from the service in 1977. Jon worked at Raytheon for four years and later worked as a contract engineer for various other companies for nearly 30 years. For the past two years he has worked as a software engineer for ECS Federal Inc.
Throughout his life, Jon has enjoyed music and playing the guitar. And was known as an accomplished guitar player among his family and peers. In his spare time, Jon also enjoyed working on computers. Jon will be greatly missed by all who knew her.
He was preceded in death by: Parents, Dick Jr. and Joyce Goldsby; Nephew, Mike Meyer, Brother-in-law, Paul Gerald.
His is survived by: Wife, Vanessa Goldsby of the home in Norman, Son, Eric Goldsby of Norman; One sister, Joyce Gerald of Goldsby, Three brothers, Sandy Goldsby and wife Kay of Norman, Don Goldsby and wife Grace of Goldsby, Dennis Goldsby and wife Phyllis of Goldsby; Also many nieces, nephews and several cousins including Larry Green who was close to Jon.
Memorial Service is scheduled for 10:00 A.M., Tuesday, April 24, 2018 at Wilson-Little Funeral Home Chapel in Purcell, OK. You may send online condolences to the Goldsby family @www.wilsonlittle.com. In lieu of flowers donations may be made to the American Heart Assoc. or to the American Cancer Society.
Published on April 20, 2018
To plant a tree in memory of Jon Hampton Goldsby, please visit Tribute Store.

Plant a tree in memory
of Jon

A place to share condolences and memories.
The guestbook expires on July 19, 2018.