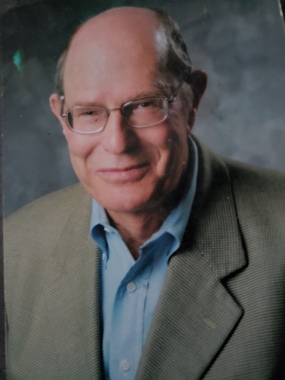 John Raymond Christiansen of Norman, Oklahoma, passed away on Friday, January 3rd, 2020, at the age of 81. He was born on March 23rd, 1938, in Fort Sumner, New Mexico. His family included his parents Carl and Laura Christiansen, older sister Mary Ann, and older brother Calvin.
He grew up working harvest and loading scrap iron with his father while his mother was a homemaker and waitress. He attended high school in Ulysses, Kansas, where he graduated in 1956.
After high school, John attended the University of Oklahoma and earned two bachelor's degrees; one in chemistry (1960) and one in psychology (1962). He married Barbara Kay Branson in 1960. He then attended the University of Oklahoma College of Medicine where he earned his M.D. in 1967. He interned at St. Joseph's hospital in Milwaukee, Wisconsin in 1968.
During 1968-1970, John was drafted into the Vietnam War where he served as a captain in the U.S. Army Medical Corps. During his time in Vietnam, he was awarded two Bronze Stars, one with valor. He also earned the Army Distinguished Service Commendation Medal. After he served in Vietnam he returned to Oklahoma and completed his commitment to the army at the Ft. Sill military hospital in Lawton, OK, after which he was honorably discharged. He then returned for his residency and fellowship at the University of Oklahoma Medical Center. John also taught medical students and sat on several boards for the University of Oklahoma College of Medicine.
He opened his private medical practice, John Christiansen M.D. Internal Medicine and Pulmonology, in Norman, OK, in 1974. In 1977, he received the Physician's Merit Award (Hospital Guardian Angel) by vote of the hospital staff. He served his patients for 45 years up until the time of his death. He loved what he did and wanted to do it for as long as he could.
He was an avid reader, enjoyed big game hunting, fly fishing, cattle ranching, farming, spending time with family, and traveling.
John is preceded in death by his brother, Calvin Christiansen; father, Carl; and mother, Laura.
He is survived by his wife of 60 years, Kay Christiansen; son, Nelson; granddaughters Haley and Laurel; two great-grandsons, Gage and Grant; sister and brother-in-law, Mary Ann and Jim Richardson; and his sister-in-law Estella Christiansen.
A visitation will be held on Sunday, January 12, 2020 at Resthaven Funeral Home from 4-8 p.m. His funeral service will be held on Monday, January 13, 2020 at St. John's Episcopal Church in Norman at 11 a.m.
Published on January 9, 2020
To plant a tree in memory of John Raymond Christiansen, please visit Tribute Store.

A place to share condolences and memories.
The guestbook expires on April 08, 2020.

Julie
I am so sorry for your loss and so sorry for our loss of a wonderful doctor. Dr. C has been my doctor for the past 13 years and helped me through a serious pneumonia and hospitalization and many asthma attacks. He always took his time with his patients and never made me ( I’m pretty sure anyone) feel rushed or hurried. I so enjoyed talking with him about traveling and he would always ask me if I was going back to Ireland. You sure will be missed by many Doc C!
Linda Stubblefield
Dr. Christansan was a wonderful Dr. I first found him when my asthma was acting up and my Oklahoma City pulmonologist was not returning my calls. He saw me that day and I was impressed with his knowledge and gentle care. He became my doctor from that day forward. I will miss him.
You have my deepest sympathy as you struggle with your grief.
Lester and Tamberly Webb
Dr C was our doctor for many many years. Was the best doctor we ever had. He will b greatly missed
John Fears
Dr. Christiansen treated me through two terrible bouts of pneuminia involving hospitalizations, and treated my wife for her quite serious medical issues - both of us for over three decades. I was in Vietnam as a Marine platoon commander about the same time as he was there, and over the years we shared our thoughts, experiences, and feelings about serving in, and surviving, Vietnam. My wife and I live in Mustang now, and didn't know of his passing, but we were saddened, to say the least, to learn of his passing. He was a a multi-talented, compassionate, friendly, good man. He undoubtedly saved many lives, and helped untold numbers of his patients live longer and healthier lives. He wil...l be missed by many.Read more
Judy Fears
Dr. Christiansen was our family doctor for 30+years. I couldn’t have asked for a better physician. He was so intelligent, skillful, professional and with the sweetest personality. He really cared very much for his patients. He will be missed so much, but will be treasured in our hearts. Our prayers are for peace and comfort for his family and friends.
Donnie Kirkpatrick
Dr Christianson has been my dr for yrs Couldnt ask for a more caring person he will be greatly missed.My condolences to his family.
Paula Little
Dr. Christiansen was one of the sweetest of all my doctors. I was diagnosed in 2009 and to his credit I still have the ability to do many things I have always done. He will be missed by all his patients. So sad he is gone. Will always remember and admire him.
Pamela Holtzclaw Williams
Am sad to hear the world and your family lost this dear man and committed physician. I will always remember his compassion as a health provider.
Sandy
Dr Christiansen was my dr at one time He was easy to talk to. He valued his patients opinion. He had a great sense of humor
Carolyn Fox
Dr Christiansen has been my physician for about 40 years. I came to know him as a man of integrity and compassion. He will be missed. My thoughts and prayers are with his family.
Leah
He was such a great doctor I'm so proud of him I hate that we had to move him but he is in a better place I'm in peace for the family I am so sorry for your loss
View all