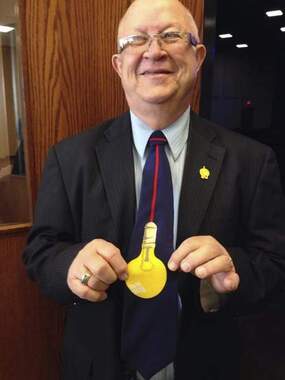 James Michael Winn was born on September 24, 1946 in Pauls Valley Oklahoma. He passed away on April 13, 2016. Mike passed away from battle with Lymphoma Cancer and PML. Mike stated "I have PMS and it's fatal, like Adam gave his rib, I took on the battle for women everywhere" Mike was preceded in death by his Father Wendell Sharron Winn, mother Helen Rose Winn, Brother Joe Pat Winn. He leaves behind the love of his life Sidney Kay Winn, of whom he shared 50 years of wedded bliss. Mike and Kay have three daughters Sharon Kay Winn, Vickie Lanier and Sheila Winn. One Son, Wendell Winn. One of Mike and Kay's greatest joys were his Grand Children: Jillian James, Barrett Huffman, Beau Lanier and Baron Lanier. Mike also leaves behind two sisters Jane Hatchett, Eston Gentry and one brother Richard Winn. Mike Winn earned his under graduate degree in Education, as well as his Master Degree in Secondary Administration from East Central University. Mike retired from teaching after 26 years. He taught multiple levels of Mathematics at Pauls Valley, Vanoss and Macomb High School. He was loved and adored by his students and stayed in contact with many of them up until his death. After retiring from teaching, the past 12 years he worked for Murphy's selling manure. Mike always said "I shoveled it for years teaching and now he was selling it." Mike never met a stranger and was loved by ALL. He enjoyed telling jokes and most importantly making people laugh and laughing with them. He loved to fish, watch OU football, New York Yankees and above all else going SHOPPING! It was often said that, " Mike could out shop any woman around." Mike, after retiring was passionate about planning and traveling all over the world with his wife and best friends (TJ and Linda Redus, Chris and Tina Jones, and David and Mary Thompson). Mike was an usher at Harvest Church of Norman, Oklahoma and was known as "the guy with the funny ties." Mike loved serving the Lord and was given the gift of always making people feel welcome and making them laugh, all at the same time. He brought Joy and Happiness to everyone he met. Services will be held at Harvest Church of Norman, located at 6450 36th Ave NW Norman, Oklahoma. Officiated by Pastor Jeff Burns and Sharon Winn at 2:00 pm on Monday, April 18, 2016. Pallbearers: TJ Redus, Chris Jones, David Thompson, Steve Hartley, Warren Heard, Jimmy Winn, Gustin Shi, Jimmy Ashley, OA Savage and Van Blake. Honorary Pallbearers: Grand Children, Nephews, Nieces, and Former students. Interment will be at McGee Cemetery in Stratford Oklahoma following service. Visitation will be held Sunday, April 17, 2016 from 1pm to 5pm at Moore Funeral and Cremation located at 400 SE 19th St, Moore, Oklahoma with the family receiving guests from 3pm to 5pm. Please visit www.moorefuneralcremation.com
Published on April 14, 2016
To plant a tree in memory of James Michael "Mike" Winn, please visit Tribute Store.

A place to share condolences and memories.
The guestbook expires on July 13, 2016.