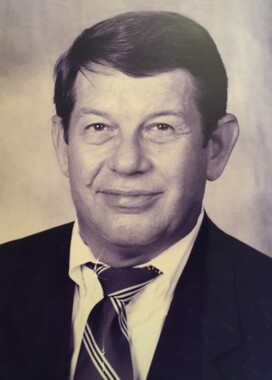 James E. ("Jim") Pence was born October 28, 1943, in Biloxi, MS, to Jerry and Jeanne Pence. He moved to Norman at a young age and attended Norman Public Schools, graduating from Norman High School in 1961. He was a proud member of the 1961 State Basketball Championship team under the guidance Coach Chet Bryant. He attended the University of Oklahoma graduating in 1965 with a BBA in Accounting. While at OU, he was a member of Phi Delta Theta and Army ROTC. Following graduation, he married his first wife, Gwen Brown Pence, before reporting to Fort Jackson, SC, for boot camp and deployment to Vietnam. He served there as 1st Lt. with the Army's 1st Calvary from 1966-67, earning a Purple Heart and Bronze Star. Following his discharge as 2nd Lt., he continued his service with the Army National Guard rising to the rank of Captain.

Upon return from Vietnam, he began Law School at OU and earning his Juris Doctorate in 1970. He served an internship with Ben Stockwell, that turned into his first partnership. He decided to remain in Norman, build his practice and raise his family. Jim practiced law in Norman for 44 years, well over 25 of those years with Roger Housley as Pence and Housley, Attorneys-at-Law. The practice of law fueled him, especially trial law. His greatest compliment would come when a previous opposing client (who lost) would come to him later and ask that he represent them on a new case. He served as President of the Cleveland Bar Assocation in 1973. He felt most honored to serve on the Oklahoma Judicial Nominating Commission from 1995-2001. He was a proud lawyer til the end.

For those who may not have know him well, he had three great loves: his family, his country and the practice of law. His children from his first marriage were the greatest source of his pride, nothing compared. First came his son, Jim Pence II, followed by his daughter, Nikki Pence Roderick. He was also very proud of their spouses, LeAnne Hamill Pence and Richie Roderick. They graced him with grandchildren he loved beyond measure, Isabelle Pence (OU freshman), James E. ("Tripp") Pence III (his golfer), Sidney Roderick (OU freshman) and Laney Roderick (his cheerleader). His sister, Vicki Pence Cox, her husband, Danny, and nephews, Kenneth and Jeff Cox, all survive him. He was pained when losing his dad, Jerry, at such a young age, as well as, his brother, Bill. But, he felt lucky to have had his mom, Jeanne, live until the 'young' age of 92. He is further survived by his second wife of 27 plus years, Kathi Straw Pence, and her family, Joe, Claudia, Ky and Krista Straw. Plus, his cousins, Quentin and Robert Barker, Sara Munday.

Jim always believed in hard work, but also, hard play. He was an avid Sooner fan and thoroughly enjoyed watching them play, even holding OU basketball season tickets since Lloyd Noble opened. If he had regrets along the way, his strong will carried him through any turbulence. He never settled for the easy way out. Even through his year long illness, his strength would shine through the difficult times. He was a mentor, a friend, a husband and a father. His body can now truly rest.

In lieu of flowers, he would want you to think of Norman Meals on Wheels, Vietnam Veterans or a charity of your choice.

A place to share condolences and memories.
The guestbook expires on December 06, 2019.