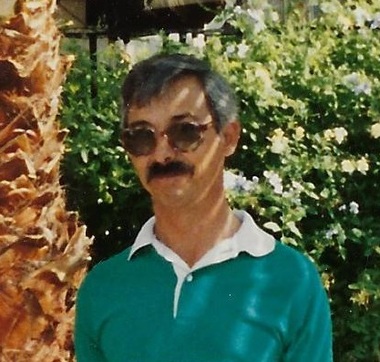 Back to Jackie's story

Jackie graduated from Washington High School and then joined the Army and served in Korea during the Vietnam Conflict. He married Leona Mae Hardy on February 16, 1980, in Seminole, Oklahoma. Jackie was a member of Connection Church in Blanchard. He worked for many years as a supply clerk for the University of Oklahoma. In his spare time, Jackie enjoyed reading, going to museums, and learning about history. He loved watching basketball, especially the OKC Thunder. His greatest enjoyment came from spending time with his family and friends.

He was preceded in death by his parents.

Jackie is survived by his wife of 39 years, Leona Mars, of Goldsby; three sons, Joe Mars, Victor Mars, and Christopher Mars, all of Goldsby; a host of nieces and nephews; and many other loved ones and friends.

Graveside service will be held at 2:00 P.M., Thursday, October 17, 2019, at the Blanchard Cemetery. Arrangements are under the direction of Eisenhour Funeral Home of Blanchard. Online obituary and guestbook are available at www.eisenhourfh.com.
Published on October 14, 2019
To plant a tree in memory of Jackie Royce Mars, please visit Tribute Store.

Plant a tree in memory
of Jackie

A place to share condolences and memories.
The guestbook expires on January 12, 2020.