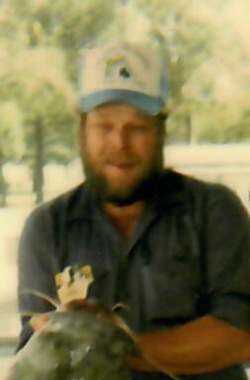 Back to Harold "Randy"'s story

Randy Gill was born to Harold Leroy and Betty Kathryn (Smart) Gill on May 21, 1953 in Norman, Ok. He departed this life on May 8, 2019 at his home surrounded by his family at the age of (65) years.
Randy was a life-time resident of Norman and graduated from Norman High School. After graduating he became employed with the City of Norman. He worked his way up the ranks and retired with (46) years of service as Supervisor of the Norman Streets Dept.
Randy and Linda Fay Kelley were United in Marriage on November 22, 1975 in Norman. Making their home in Norman and raising their children, their marriage was for (40) years before Linda preceded him in death on August 14, 2015.
Randy and Linda were avid fans of their grandchildren, attending activities of each grandchild and beaming with pride as they cheered them on. After the grandchildren Randy always seemed to have a fishing pole or hunting rifle in his hands. Depended on the season. On his down time Randy could be seen working on old cars or just piddlling with his family and friends.
Randy was preceded in death by his Parents, his Son Gregory Paul and Wife Linda. Those who survive him include his Daughters; Tammie Murphy and husband Marty and Felicia Spector and husband David, Sister Paulette Eddington of Conway, Arkansas, Grandchildren; Michael, Maddison, Cole and Cooper and his many co-workers, hunting and fishing buddies and relatives and friends that will miss him so.

Plant a tree in memory
of Harold "Randy"

A place to share condolences and memories.
The guestbook expires on August 08, 2019.