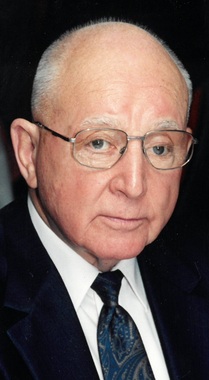 Back to Harold's story

Not surprisingly, Harold Bennett, 97, did not go gentle into that good night. He flew his final mission on March 18, 2020, ever the Flyboy till the end.
Harold was born July 15, 1922, in Kansas City, MO, the only child of William Clarence Bennett and Grace (Plunkett) Bennett. Following graduation from Kansas City's East High School in 1940, Harold went to work at Western Auto's national headquarters in Kansas City. But what he really wanted to do was fly. The United States was not yet in WWII, so in true Harold Bennett fashion, he hitched his way to Canada and joined the Royal Canadian Air Force, where he received his early pilot training. After the U.S. entered the war, he obtained a discharge from the RCAF and returned to the states, joining the Army Air Corps. He trained at Hatbox Airfield in Muskogee, OK, and Aloe Army Airfield in Victoria, TX, before deploying to the China-Burma-India Theater as a fighter pilot. He flew P-47 Thunderbolt and P-51 Mustang aircraft, logging 81 combat missions. He loved being a Flyboy: he could go fast and cloud hop and touch the heavens. While breaking in a rebuilt engine in his P-47, he buzzed Mt. Everest, just because he could.
Harold met Joe Ellen Hamilton at a dance for airmen at Hatbox Field in Muskogee. She was quite the beauty and had several suitors. He was undeterred and they married Oct. 31, 1945, in Kansas City. After Harold's active service discharge, he and Joe purchased a Western Auto Store franchise, given Harold's familiarity with the company. They opened their first store in Antlers, OK, and relocated to Stigler, OK, where they were business partners for 43 years. Their business grew to be the largest Western Auto Store in 11 states, almost unheard of for a small-town location.
Harold continued his flying career at Davis Field in Muskogee as part of the 65th Troop Carrier Squadron of the Air Force Reserves. He flew C-119 "Flying Boxcar" aircraft, which took him on missions throughout the world. His squadron achieved some notoriety when they went on active duty in November 1962 during the Cuban Missile Crisis. In 1968, a health issue forced Harold to retire early from the Air Force Reserves. He had achieved the rank of Lieutenant Colonel.
Harold was in Masonic service for 69 years and was a long-time member of the Bedouin Shrine in Muskogee and Stigler's American Legion Post.
Joe and Harold enjoyed their early retirement years at their home at Lake Eufaula. Harold fed his need for speed by purchasing several sports cars and used the Brooken Mountain road to his home as his personal speedway. In 1998, Harold and Joe moved to Norman, OK, to watch their granddaughter Grace grow up. They traveled the world, visiting six of the seven continents and completing almost 90 cruises. Harold was particularly fond of London, which he and Joe visited many times, as well as Paris, Portugal, Italy, Morocco...actually, he loved everywhere he went. While on a visit to Sydney, Australia, in 2002, he completed a climb to the summit of the Sydney Harbor Bridge - at night - at the age of 80.
Harold was a complicated fellow; frankly, he was "a hard nut to crack." It was his way or the highway, a trait that made it difficult for some to get along with him. Even so, it was this tenacity that led to his business and military successes. He loved his family deeply and never fully recovered from the deaths of his wife and son in 2015. He could be extremely gracious and wasn't beyond being a flirt with his female caregivers, who were amazed at his wrinkle-free complexion, which he attributed to the Neutrogena beauty bar. An avid reader, he subscribed to everything from the National Geographic to the National Enquirer, and he started off each day reading the "funnies." He wore out two treadmills in his 80s. He was determined to stay healthy, keep traveling, and keep living. His typical response when asked how he was doing, was "Well, I'm alive." He lived independently along with his cat, Tiger, until the last year of his life.
Harold was predeceased by his parents; his wife of 69 years, Joe Ellen; and his son, Bruce Paul. He is survived by his daughter, Leslea Bennett-Webb and husband Ken of Norman; granddaughter Grace Pistilli and husband Victor, of Norman; daughter-in-law Carol Bennett, of Stigler; and Tiger the Cat. Sadly, he will miss the birth of his first great grandchild in June.
There will be no public service. Harold slipped the surly bonds of Earth and is now dancing the skies on laughter-silvered wings.
Advantage Funeral and Cremation Service. Oklahoma City, OK
Published on March 21, 2020
To plant a tree in memory of Harold Bennett, please visit Tribute Store.

Plant a tree in memory
of Harold

A place to share condolences and memories.
The guestbook expires on June 19, 2020.

Days of Sunshine Bouquet was purchased for the family of Harold Bennett by Brian, Kristen, Beckett and Sutton.  Send flowers 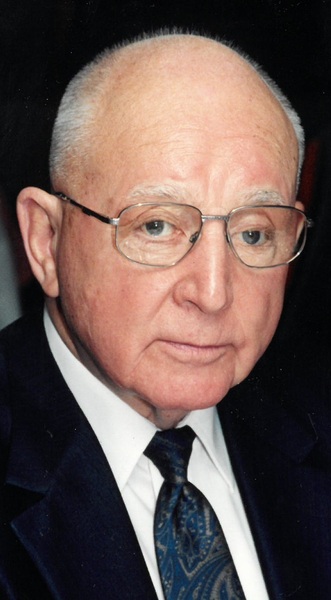