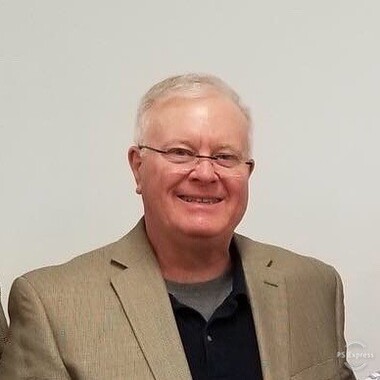 Back to Harlan's story

Harlan Lee Butler was born February 1, 1960 in Atchison, Kansas to Edgar Warren and Elizabeth Ellen Butler. He passed away in Norman, Oklahoma on October 23, 2019.

Harlan married his wife and friend, Kelley Buchanan, on October 10, 1986 in Norman, where the couple made their home and raised their daughter, Casey.

Harlan became a stay at home dad when Casey was born and, along with her mother, was awed at the woman she has become. He would never hesitate to tell anyone she was his best work, and he was always proud of her and her many accomplishments. At the time of his passing, while primarily retired, he worked part time delivering trucks with a great group of guys, sharing stories and adventures. Harlan loved all things mechanical, especially cars, namely the 1967 VW Magic Hippie Bus, and, more recently, his electric bicycle. He truly could do anything and, although it might take him a minute to finish the job, noted by a few unfinished projects, his work was second to none, his eye for detail unmatched. When asked why he was so slow, he would always say, "if I finish everything, Kelley won't need me anymore". If only he realized how wrong he was.

One of Harlan's greatest passions was the Canadian River Cruiser's Car Club, which he helped found in 2008 and remained an integral member of until his passing. He so enjoyed the Saturday Morning Coffees, the parties, and most especially the car shows. He would plan for months, working on details, making sure his sound system was right, including a large dose of Jimmy Buffett music, and watching the weather hoping for a great day. He loved everyone getting together, sharing their cars, and the donations the club could make to Food and Shelter for Friends, something that brought him great joy.

More than anything, Harlan loved spending time with his family & friends. He will be remembered for his great laugh, constant smile and generous heart. Harlan, a man who lived life to the fullest, left too quickly and too soon, taking Kelley's heart with him, but we find peace in Harlan's belief that upon passing you go to a better place and watch out for those you left behind, and for that we are eternally grateful.

A Celebration of Life will be held for Harlan Lee Butler at the Rail House in Norman from 4-6pm on Tuesday, October 29. A brief memorial service will be followed by a reception at the same venue. Condolence messages may be left for the family at www.tribute.care (405-292-4787).
Published on October 25, 2019
To plant a tree in memory of Harlan Lee Butler, please visit Tribute Store. 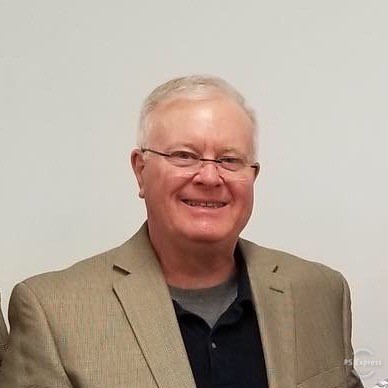 Plant a tree in memory
of Harlan

A place to share condolences and memories.
The guestbook expires on January 23, 2020.

Pat Smith
So sorry for your loss, praying for peace and comfort for you all.
Steve Hoelscher
Kelley and Casey,
So very sorry for your loss. Harlan was such a great guy. We always looked forward to seeing him in our office. I know he'll be missed.
Steve Hoelscher DDS
Lee Genail
Kelley and Casey so sorry for your loss we will keep you in our thoughts and prayers. Although we had not visited in several years Harlan was that guy you could see and pick right up like it was only yesterday. We shared that love of anything automotive all the way back to high school in fact I painted a mustang for him We where classmates from grade school all the way to KU the stories could fill volumes. God bless you guys
Lee Ann Washburn
Kelley,
So sorry to learn of Harlan’s passing. Praying for you and Casey during this difficult time.
Norine Fitzsimmons
Kelley and Casey,
I just learned that Harlan passed away. My thoughts and prayers are with you both and your family during this difficult time. God Bless.
Marge Webb
Kelley:
I just learned of Harlan's death. I am so sorry. Please know that you and Casey are in my thoughts and prayers.
Carl Dahms
Kelly so sorry to hear of your loss know that you and the family are in my thoughts and prayers.
Joyce Cochran Martin
Harlan and I attended our entire school lives together in Atchison. We were officers in the AHS band together and friends as we attended KU. I am so sad and sorry to hear of his passing. He was a sweet guy with a sharp sense of humor. My sincere condolences to his family.
Keith Hardiman
Kelley and Casey,

We are so sorry for your loss. We are sending our prayers, thoughts, and condolences as you all go through this time. It was a pleasure to meet and know Harlan. Sending love and support.

The Hardiman Family
Brad and Charlotte Wilson
We are so sorry for your loss. It was a honor to drive with Harlan. We had some great times on the road. It is something I will always remember and cherish. He will be greatly missed.
Lisa Jackson 3604 NW Sterling St