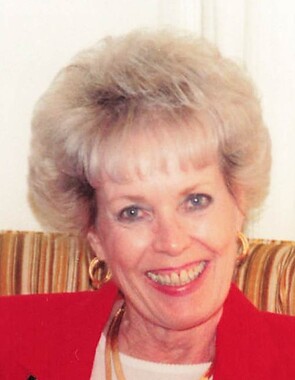 Back to Doris's story

On January 8, 2020, God recalled his earth Angel, Doris F. McLain, age 84, to his side In Heaven. Doris was born in Elmore City, Oklahoma, on February 27, 1935, to the late Clarence and Georgia Daniel.
She was a quintessential Army wife and when her husband Bob retired, she continued to help others in the same manner until her passing.
She trained as a Gray Lady then served in the U.S. Army Hospital West Berlin and also helped raise funds for the Berlin Brigade American Youth Activities Program Berlin; the later raised $100,000 the second year of the German American Volks Fest. Doris received a United States Army Europe Scroll of Appreciation and an honorary membership AYA pin.
In Norman, Oklahoma, Doris was very active in the Salvation Army, the Christmas Store, Military Wives Club where she served as President three times, Co-Chief Judge, Norman's Centennial Celebration, and helped Bob with Cleveland County Red Cross matters.
She was a loving and caring person who never had a bad word about others.
Graveside services were held on Thursday, January 9, 2020, at Norman I.O.O.F. Cemetery.
Online condolences may be shared at www.havenbrookfuneralhome.com.
Published on January 16, 2020
To plant a tree in memory of Doris F. McLain, please visit Tribute Store.

Plant a tree in memory
of Doris

A place to share condolences and memories.
The guestbook expires on April 15, 2020.