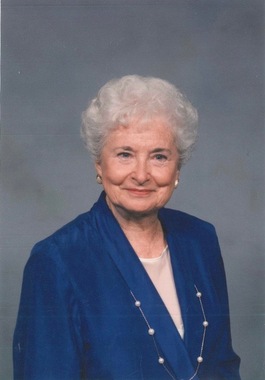 Back to Donna's story

Donna LeGate Huckabee, age 96, passed from this life on February 5, 2020 at her home in Roswell, GA, surrounded by her son and daughter in law. Donna was born to Lloyd and Blanche Shockley, on December 29, 1923 in Osage, OK. She graduated from Shawnee High School and later attended Oklahoma University, where she was a member of Kappa Kappa Gamma Sorority. Her major was in Business and a minor in Music. Donna settled in Tulsa, OK after marrying Darmus (Darm) LeGate. Donna worked at numerous businesses while her husband, Darmus, was stationed overseas while in the service. She and Darm were blessed with the birth of their daughter, Donna Dianne LeGate Sherman (Dee Dee) on November 2, 1947. Three years later, August 12, 1950, they were blessed with the birth of their son, Christopher Lloyd LeGate.

Her last years of employment were with Sooner Federal Savings & Loan in Tulsa. In 1978, after 13 years of employment, she retired from Sooner Federal, where she served as Branch Manager and their first woman loan officer. A position she was very proud of. After Darm's passing, Donna met, fell in love and married, Albert Huckabee, with whom she enjoyed golfing, traveling and dancing every Friday night to their favorite song, New York New York.

In 1968 Dee Dee married Thomas E. Sherman and in 1970 they welcomed Donna's (mimi's) first grandson, Brian Jeffrey and in 1974 mimi was blessed with her second grandson, Thomas Christian. Her son, Christopher LeGate, married in 1982 and in 1983 mimi welcomed her first granddaughter, Brianna Dane LeGate. Chris remarried in 1990 to Gina LeGate and mimi was blessed with her 3rd grandson, Andrew Blake LeGate. Mimi was honored to be able to love and spend time with each of her great grandchildren, Brady, Mirielle, Emma, Harper, Abby, Maggie, Madeline, Jules, Finley and Ellie.

In 1992 Donna moved to Norman to be near her daughter, Dee Dee and son in law, Tom. She resided at Fiddlers Green for a period of time, where she met many of her dearest friends. Donna later moved to Arbor House in Norman, where again she forged many wonderful friendships.

In 2016 Donna moved to Marietta, GA to be close to her son, Chris and daughter in law, Gina. She said she was fine with being a GA peach for a small time frame, but upon her passing she wanted to be returned to her beloved OK. Donna loved to live life to the fullest. She continued to cherish life, family and friends until the night of her passing

She is survived by her brother Mel Shockley, soh and daughter in law, Chris and Gina LeGate of Marietta, GA, her son-in-law, Thomas Sherman of Norman, OK; Four grandchildren, Jeffrey Sherman, wife, Melissa Sherman of Kennett Square, PA, Christian Sherman and his wife, Nicki Sherman of Shawnee, OK, Brianna LeGate and her husband Erik Selness of Atlanta, GA and Blake LeGate and his wife Whitney LeGate of Smyrna, GA. 10 great grandchildren, Brady and Mirielle both of Kennett Square, PA, Emma, Harper, Abby and Maggie all of Shawnee, OK,
Madeline and Jules both of Atlanta, GA and Finley and Ellie both of Smyrna, GA, as well as many nieces, nephews, cousins and friends.

A memorial service for Donna will be held on Saturday, February 29th at 1:00 p.m. at the First Christian Church of Norman, OK. In lieu of flowers please make donations to First Christian Church-Norman, 220 S. Webster Avenue, Norman, OK 73069 or to the charity of your choice in Donna's name.
Published on February 20, 2020
To plant a tree in memory of Donna LeGate Huckabee, please visit Tribute Store.

Plant a tree in memory
of Donna

A place to share condolences and memories.
The guestbook expires on May 20, 2020.

Anne Terry Wright
My mother, Sally Terry, met Donna while they lived at Fiddlers Green. Donna, my mother and Mary Jo were the Three Amigos. My mother said of her, "She is a lovely woman, I think you will like her". My family loved your mother. She was so much fun. I am so sorry for your loss. Accept my sincere condolences. 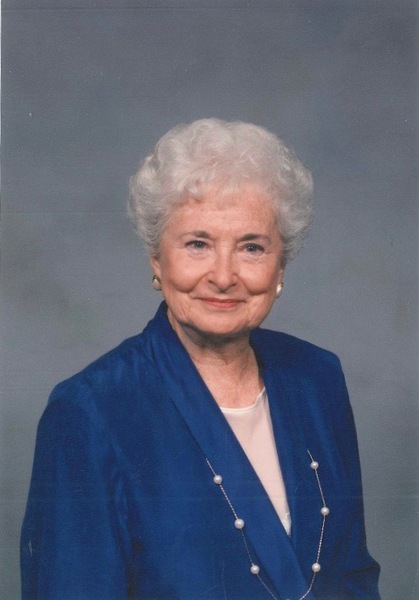