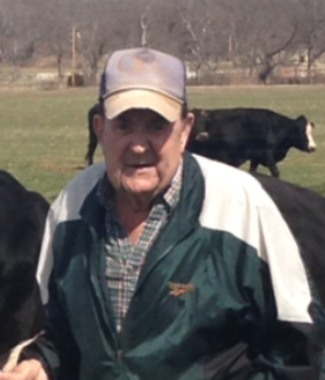 Back to Danny's story

Danny Charles Hopson, age 70 of Norman, formerly of Maysville, passed away Sunday, August 26, 2018. He was born October 8, 1947 in Pauls Valley, OK; the youngest of 3 children born to Vergil Hopson and Mary Jane (Ramey) Hopson. He was raised in Maysville and graduated from Maysville high school in 1965. Danny answered the call of service to his country, and entered the United States Air Force in August of 1965. He served his country proudly during the Vietnam War, and returned home after 3 years, 7 months and 10 days of distinguished and honorable service.
After his years in the Air Force, Danny was still focused on his future and started college at the University of Central Oklahoma earning a Bachelor of Economics Degree. He joined the ATO fraternity while in college and was always proud of the time and relationships that grew from ATO.
Danny was the ultimate entrepreneur, and worked in a variety of self-owned businesses throughout the years. From drilling oil in Alaska, land development, cattle ranching and being part of the race horse industry, Danny was always on the move, looking for his next adventure. He became a successful businessman who was admired by those who worked with him.
He married later in life to Cindy Adams. They made their home primarily in Norman where they raised their 3 sons, Cody, Casey and Corey. Danny took great pride in watching his three boys play football in high school. They became the center of his life. He left his friends and family with stories they will enjoy for years to come. He will be dearly missed.
A special thanks goes to his three boys who took care of him over these last years while his health declined. While Danny was not one to show gratitude to those closest to him through words, he was very thankful for the support his boys and closest friends gave him.
He was preceded in death by his parents Vergil and Mary Jane Hopson, a sister Darlene Herring and his brother Gary Hopson.
He is survived by his son, Cody Hopson, Casey Hopson and Corey Hopson, all of Norman, and a host of other family and friends.
Funeral Services are scheduled for 10:00 A.M. Friday, August 31, 2018, at the Wilson-Little Funeral Home Chapel. Burial will follow at the Lexington Cemetery.
Send online condolences @ wilsonlittle.com.
Published on August 28, 2018
To plant a tree in memory of Danny Charles Hopson, please visit Tribute Store.

Plant a tree in memory
of Danny

A place to share condolences and memories.
The guestbook expires on November 26, 2018.