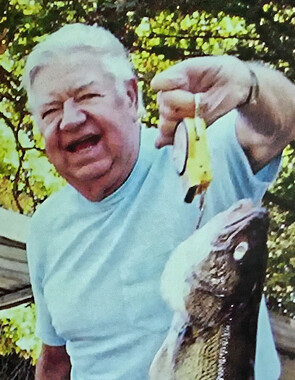 Back to Clayton's story

Clayton Robert "Bob" Thomas Kolstad, born October 9, 1925 in Montevideo, Minnesota to Tosten Martin Kolstad and Alma Helen Anderson Kolstad, passed away at 94 years of age early Wednesday morning, January 8, 2020. A 64-year resident of Norman, he began life in Montevideo, Minnesota before moving to Minneapolis, Minnesota.
His mother died before he started kindergarten; the Great Depression hit just a year later. Reared by his father and other relatives through the depression with over half a dozen brothers and sisters, the family was split up for a while before reuniting when money became available.
He treasured summers on his aunt Lizzy (and uncle Ed) Solseth's farm where food was abundant and the creek water ran cold through the summer. His stories of churning butter, riding horses, and living in a farm house with no electricity or indoor plumbing were riveting.
After jobs as a grocery delivery boy ("five cents for each delivery") and magazine salesman, he graduated high school a semester early, just in time to volunteer for the Army Air Corps (predecessor to the Air Force) to do his part for World War II. His duties were entirely domestic, training extensively before assisting in tow-plane operations for coaching new pilots and installing machine-gun synchronizers.
Returning to Minneapolis after the war, he spent time at the University of Minnesota on the G. I. Bill before marrying Joanne Marie Peterson on June 12, 1948. Initially living in the attic of his in-laws' home, the tales of cruising Minneapolis on Friday nights looking for food bargains ("sliders were six-for-a-quarter at White Castle") and new places to live were spellbinding.
His job with the National Biscuit Company (later: Nabisco) ultimately brought him back to Montevideo, Minnesota in an amazing coincidental reassignment. He made a number of lifelong friends there, in addition to fathering his two children, Rob (now of Colorado Springs) and Dave (now in Fort Lauderdale). He became involved in the Dale Carnegie program, eventually becoming an instructor for cities across western Minnesota.
A new sales opportunity with Munsingwear enticed him to move the 750 miles to Norman, Oklahoma. As he alternated three months in extensive travel and three months with little or no travel, his wife Joanne designed a home. His first year's settlement payment bought half of a double lot on Broad Lane, one of Norman's most beautiful tree-lined streets (more spectacular in 1958 before the Dutch elm disease removed all the stately elms whose canopies completely blanketed the sky). The family moved to the new house in 1959, and Bob occupied this home until he died there, in 2020, over 60 years later.
Bob worked as a manufacturer's representative for many different dry goods vendors, traveling as many as five states selling clothing to department stores and boutiques.
In his spare time, he cherished his lawn and landscaping. He constructed fabulous raised gardens around brick patios throughout the back yard and ultimately rose to president of the Master Gardeners.
Bob was an avid fisherman, going as far as tying his own flies. Annual trips to Minnesota coupled with boating on Lake Thunderbird with his fishing and work companion George were often the highlights of his week.
An extremely competent cook, Bob constructed a smokehouse that turned out countless smoked turkeys for holidays and parties. He learned picture-framing to enhance the embroidered art of wife Joanne. He took a small-engine repair course at a vo-tech school in order to maintain all the yard equipment. Over the years, he worked odd jobs with his fishing friend and even assisted with the census one year.
Known for his charm and wit, he made instant friends and enjoyed company of all kinds. He will be missed by all who knew him.
Published on February 8, 2020
To plant a tree in memory of Clayton Robert Thomas Kolstad, please visit Tribute Store. 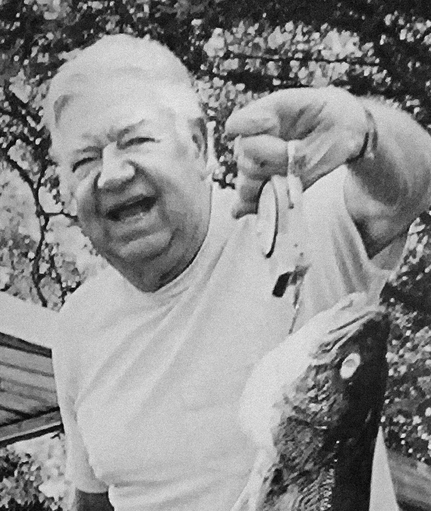 Plant a tree in memory
of Clayton

A place to share condolences and memories.
The guestbook expires on May 08, 2020.