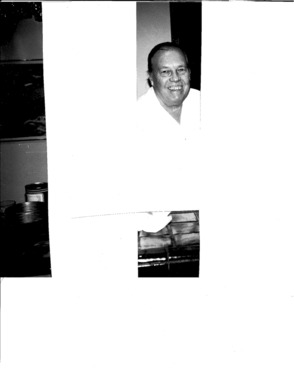 Back to Charles's story

Charles William Hooper passed away in his wife's arms on Friday, November 22, 2019 after a brief illness.

Born in Hobart, Oklahoma, December 26, 1929 to Alberta Daniels and James Garl Hooper. He grew up in southeast Oklahoma, and after graduating from Hugo High, at the age of sixteen, he was set on joining the U.S. Army, and his mother signed the under age consent form. He was a member of General MacArthur's staff, documenting the rebuilding of Japan, after the war.

He was honorably discharged in 1947, and moved to Norman, Oklahoma where he attended the University of Oklahoma School of Journalism. While in school, he worked as a Linotype operator for both the Oklahoma Daily and The Norman Transcript.

After school, he traveled through Europe, writing about the history of U.S. military bases. He also worked for Life Magazine writing photograph captions. Upon his return to Norman, in1950, he and his parents opened Hooper Printing Company, still in operation today.

Charles married Claudette Cornelison, of Norman, on October 23, 1954, and recently celebrated their 65 years of marriage. Together, they had three children, Randall Logan, Julie Ann, and Cristi Gay, and six grandchildren.

Charles was a community leader in Norman for almost seventy years. He served as President in a number of civic organizations including the Norman Chamber of Commerce, the Jaycees, the Kiwanis, and the McKinley School PTA. He was instrumental in bringing the first Kindergarten to Norman Public Schools. In 1962, he co-founded American Exchange Bank. Later, he lead the group who brought cable TV to Norman. Other business ventures included University American Travel Agency, and the Little River Marina on Lake Thunderbird.

An avid Sooner fan, Charles was a supporter of the OU athletic department, and was a member of the OU President's Associates.
He enjoyed travel, particularly to Mexico, and OU football games, cartography, reading, playing golf, and spending time with his wife, kids and grandchildren.

Charles was the ultimate host, and never met a stranger. He often brought customers, OU foreign students, and people he had just met, home for dinner. For over three decades, he and Claudette had a standing Friday night cocktail party, in their home, affectionately known around town as the "Hooper Happy Hour."

The family would like to thank the TenderCare Hospice for the care they provided, and the staff at Arbor House for treating Charles with such kindness and respect.

Services will be Tuesday, November 26, at 2:30 p.m., at Primrose Funeral Service. Burial immediately following at the IOOF Cemetery in Norman.
Published on November 24, 2019
To plant a tree in memory of Charles William Hooper, please visit Tribute Store. 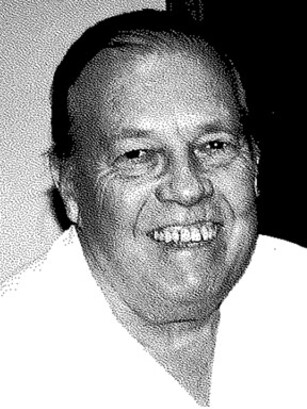 Plant a tree in memory
of Charles

A place to share condolences and memories.
The guestbook expires on February 22, 2020.

Restore the guestbook to view the 9 more posts by family and friends, and share a memory or message of condolence of your own.