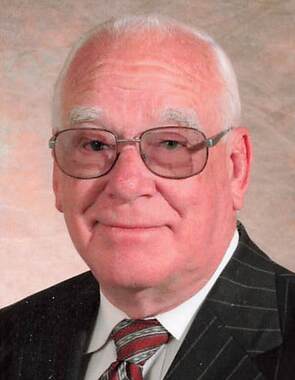 Back to Bill's story

Bill Elmer Blair, age 86, of Norman, went to be with the Lord on January 15, 2020. He was born September 4, 1933, in Chickasha, OK, to the late Francis and Millie Blair. Reverend Bill Blair was ordained as a minister at Michigan Avenue Baptist Church Chickasha Oklahoma in the mid 1960's. He faithfully pastored Scott Baptist in Hinton for two years, First Baptist Church in Washington, OK for twelve years, First Baptist Church in Hominy OK for one year, and three Norman Baptist churches for 31 years. As a pastor, one of his many fortes was ministering to the bereaved and ministering in hospitals.
He owned and operated Bill's Furniture for over 20 years in Norman, Oklahoma. He was a Mister Fix-it and called on by many to repair furniture of all sorts including antiques.
Bill was known for his quirky, silly jokes and his own brand of sarcasm. He had a photographic memory of names that served him well as a pastor.
Bill and his first wife, Clara Sue Mead Blair, had four children, Deborah Jean, Steven Ray, Wilma Jean and Sandra Kay.
He was married to the love of his life, Betty Blair for 35 years, who survives of the home.
Survivors include his four children, Deborah and her husband George Williamson, Steven Ray Blair and his wife Dayla Carson Blair, Wilma Jean 'Jeanie' Hall and her husband Neal and Sandra Kay Shobe and Fiance' Kenny Kozik; grandchildren, Brian Lee Collins and his wife Carissa, Kelly Nicole Collins Dexter and her husband Michael, Kyle Carson Blair and his wife Sara, Toby Ray Blair and his wife Sarah, Thomas Neal Hall, Cody Taylor Hall, Austin Taylor Shobe, Aaron Tyler Shobe and Scott Ethan Shobe; and great grandchildren, Cooper, Mia, Alec, Taylor, Carson, William, Landry, Henry, Luke and Koba. He is also survived by Betty's four daughters, Donna Rakocy, Shirley Minor, Derenda Angvire and Raylene Langford; four grandsons, two granddaughters, one great grandson and one great granddaughter.
Visitation will be held from 2:00 until 4:00 p.m. on Sunday, January 19, 2020, at Havenbrook Funeral Home in Norman. Funeral services will be held at 2:00 p.m. on Monday, January 20, 2020, at the funeral home. Interment will follow at Noble I.O.O.F. Cemetery.
Online condolences may be shared at www.havenrbookfuneralhome.com.
Published on January 16, 2020
To plant a tree in memory of Bill Elmer Blair, please visit Tribute Store.

Plant a tree in memory
of Bill

A place to share condolences and memories.
The guestbook expires on April 15, 2020.

Ralph & Vicki Shaffer
We will always remember the kindness and helpfulness extended to us while serving the Lord together with Bro. Bill and Mrs. Betty Blair. Always willing to go the extra mile for us (literally). Ours lives have been forever blessed and left with many precious memories.
Mellanie Rose
Mr. Bill Blair was always a joy to talk too! He will be truly missed and he always brighten the room were ever he went. GOD IS GOOD!
Linda (Mullaney) Draper
Our thoughts and prayers go out to Betty and the family. Bill was a very dear friend of our family and especially a great friend to my dad. I know they’ll be telling jokes to each other in heaven. ❤️
Galen Berry
Bill and I had some great fellowship together. I know I'll see him again in Heaven. My prayers are for the loss to his family.
Charles and Betty Woods

Sending our love and prayers to Bill's family. He was a very special man and will be missed.

Bill was an amazing neighbor. He was in love with my daughter. She would always ask about Uncle Bill. I will be their. Izabelle will miss you so much uncle bill. She was always excited to see him. Always had jokes and always had a smile on his face. He will hold a place in our hearts not a lot of neighbors can hold.

Collin Craytor
Bill was a wonderful neighbor and friend. I will miss his hilarious jokes, talking to him in the street, and seeing him and Betty sit on their swing every evening the weather was nice. I regret that I’m too sick to make it to the ceremony. Bill will be missed and well-remembered.
View all 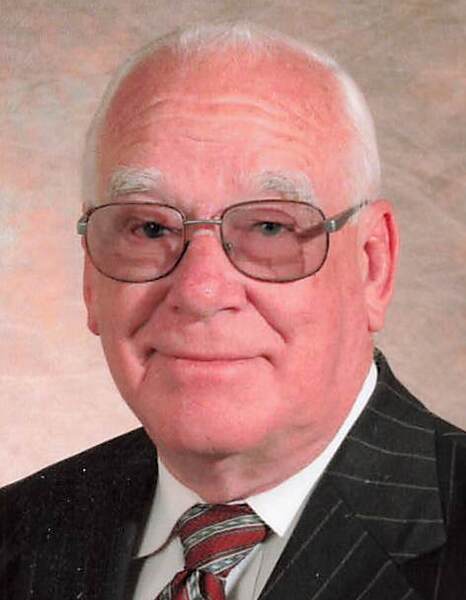