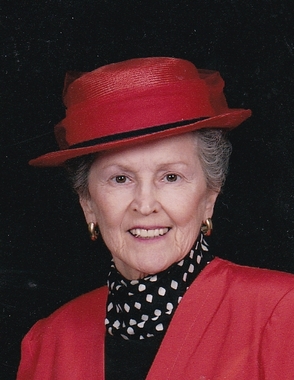 Back to Bettie's story

Bettie Ruth (Fletcher) Birdsall, age 85 of Purcell, passed away Friday, September 20, 2019. Bettie was born July 18, 1934 in Myra, Texas, the 2nd of 4 children born to Carl Clifford Fletcher and Mae (Hickman) Fletcher. She was raised in Marietta and attended school there, graduating with the Class of 1952. She worked as a stewardess for many years, traveling to many countries, and fondly recalled flying with the Beatles on their first USA tour. Later on, she traded the adventure of flying to be a wife and a mother. Bettie lived in Purcell and later Norman. She worked for First American Bank and then American Exchange Bank for several years. As chance would have it, Bettie reunited with her high school sweetheart, Harold Dean Birdsall, whom she married in 1993. They moved to Lake Texoma to enjoy their retirement years together. After Harold's passing, she moved to Purcell to be close to her family. Bettie was adventurous and outgoing, confident and fiercely independent, and lived each day for the moment. She was a wonderful mother and grandmother, and a true friend. Her family will miss her dearly!
She was preceded in death by: Her Husband, Harold Birdsall; Granddaughter, Sherry Aresco and Parents, Carl and Mae Fletcher.
Bettie is survived by: Her Children, Carl Hamilton of Johnson City, TN, Jason Hamilton of Amarillo, TX, Denise Cardinal of Dallas, TX and Peggy Owen of Purcell; Brother, Carl Fletcher Jr and wife Ellie of Sugarland, TX; 2 sisters, Linda Holcomb of Marietta and Mary Lanham and husband Mike of Waco, TX; 5 grandchildren, James "Jimbo" Cardinal Jr. of Collinsville, OK, John Cardinal of Seattle, Jill Price and husband Adam of Washington and Justin Owen and wife Tiffany of Norman; 5 great grandchildren, Hayes, Noah, Evie, Bella, and Bodhi and
a host of other family and friends.
Bettie's family will remember her with a Private Memorial at a later date. Send online condolences @ wilsonlittle.com.
Published on September 23, 2019
To plant a tree in memory of Bettie Ruth (Fletcher) Birdsall, please visit Tribute Store.

Plant a tree in memory
of Bettie

A place to share condolences and memories.
The guestbook expires on December 22, 2019.