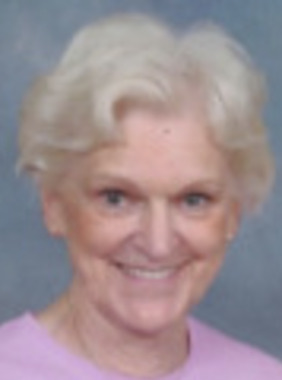 Back to Barbara's story

Barbara Ann Smith passed away on December 09, 2019. She was born May 17, 1933 in Indiana. She attended catholic schools and was a member of the choir. She married Wylie E. Smith on February 19, 1955. Through his employment as an officer and fighter pilot in the USAF, they lived in many places including: Missouri, Texas, California, New Mexico, Arizona, Canada, Oklahoma and Germany. She completed cosmetology school and barber school.
Barbara always loved to sing and had beautiful voice. She loved gardening, cooking, and was an avid reader.
She was always an active member of the catholic church, and of St. Mark's Catholic Church for the past 22 years. She taught Sunday school, did volunteer work and was eucharistic minister.
Barbara is survived by her brother, Mitchell Tobolski; her 3 children, Lynn Cline, Mark Smith and his wife Pamela, Regina Rhoades and her husband John; by her grandchildren, Christina Smith, Catherine Smith, Tommy Cline, Taylor Foor-Rhoades and husband Gordon; and her great grandchildren, Riley Guice, and Chloe Smith.
She was preceded in death by Wylie Smith; her parents, Carrie and Mitchell Tobolski; her sisters, Loretta Moran, Gertrude Miller, and Bernadette McGuire.
Published on December 14, 2019
To plant a tree in memory of Barbara Ann Smith, please visit Tribute Store.

Plant a tree in memory
of Barbara

A place to share condolences and memories.
The guestbook expires on March 13, 2020.

A memorial tree was planted in memory of Barbara Ann Smith.  Plant a tree

Nicole Zabik
Barbara Smith was an Angel in my life.
She helped me to have a childhood in the years her family were stationed in Ottawa Ontario Canada! Her family played a pivotal role in my life. I felt and still feel like part of their family.
Her daughter Lynn is like a sister to me.
I will always have part of my heart with my Oklahoma Family!
RIP Mamma Smith.
All my love Nicole 💖
Randi jo King Huver
Thank you for always being there for me. It was a blessing and honor to have you as my grandma. I love you always!
View all