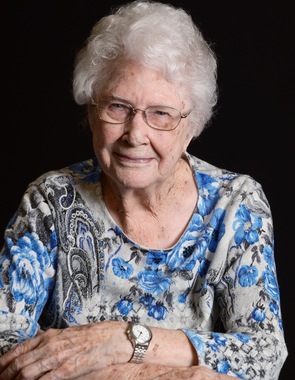 Back to Annabelle's story

Grace Annabelle Green was born September 16, 1924 on a homestead outside of Buffalo, Wyoming to John K. and Elizabeth (Russell) Wright. Annabelle as she was known by family and friends passed away October 9, 2019.
As a young woman, Annabelle grew up helping tend the ranch. After graduating Buffalo High School at 16 years young, she attended business college in Great Falls, Montana. After graduating she went to work for Stanolin Oil Company in Midwest, Wyoming. This is where she met her future husband, James Linder Green. They married on June 14, 1947 in Buffalo, Wyoming. They had two daughters, Linda and Mary Ann. Husband Jim was a timekeeper for many sports both in Wyoming and Oklahoma and Annabelle and the girls were right there with him. Annabelle continued to enjoy OU basketball, football, and the Oklahoma City Thunder.
Annabelle and Jim volunteered for twenty years with the Tulsa Red Cross delivering blood all over the State of Oklahoma to those in need.
After her husband passed, Annabelle moved to Norman in 2002 to be closer to her family. In her later years, Annabelle enjoyed listening to books on tape and attending First Christian Church.
Survivors include her daughters, Linda Holt of Norman, OK and Mary Ann Collins of Casper, WY; four grandchildren, Cory Sutton and wife Traci, Teddi Clanton and husband Jo-Don, Jenni Wurth and husband Clint and Michael Holt and wife Dawn; eight great grandchildren and one great great granddaughter and two nieces and two nephews.
In addition to her husband and her parents, Annabelle was preceded in death by her brother, Russell Wright.
A celebration of her life will be held at 10:00 am on Wednesday, October 16, 2019 in the First Christian Church at 220 S. Webster in Norman, OK. Services are under the direction of Tribute Memorial Care and condolences may be shared at www.tribute.care.
Published on October 13, 2019
To plant a tree in memory of Annabelle Green, please visit Tribute Store.

Plant a tree in memory
of Annabelle

A place to share condolences and memories.
The guestbook expires on January 10, 2020. 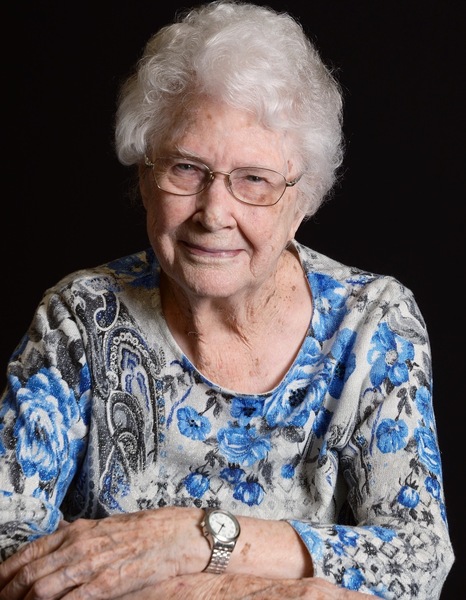