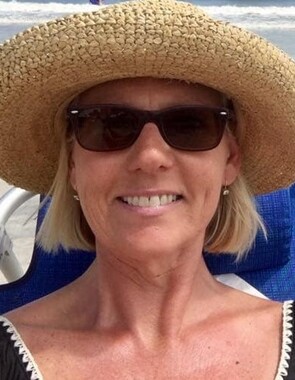 Back to Amy's story

A kind and loving heart stopped beating on March 18, 2020 when Amy Louise Langenbach's life journey came to an end. Despite regular mammograms, Amy was diagnosed with breast cancer in November 2019. Unfortunately, her cancer was very aggressive and spread rapidly.

Amy was born in Kenosha, Wisconsin on August 18, 1967 to Michael and Mary Ann Langenbach. Her sister, Lisa Ann, was born in 1969. Shortly thereafter, the family moved to Norman when Michael accepted a faculty position in the College of Education at the University of Oklahoma.

Amy attended Norman Public Schools her entire life. She had a special place in her heart for her years at Eisenhower Elementary and this no doubt led to her desire to become a teacher. Amy graduated from Norman High School in 1985. She was a member of the Tiger marching band, and played softball, basketball, and volleyball. The 1985 NHS volleyball team won the state championship and Amy was named first team All-State.

She accepted a scholarship offer to play volleyball at John Brown University where she made many friends. Upon completing her freshman year at JBU, Amy chose to return to Norman. She earned bachelor's and master's degrees in education from the University of Oklahoma.

Amy began her 29-year teaching career at Lakeview Elementary and followed that with 22 years at Kennedy Elementary. She worked briefly in the Oklahoma City Public Schools as an instructional coach before returning for two final years with Moore Public Schools. She retired in May 2019.

Amy's tremendous sense of social justice led her to focus on educating children whose life circumstances presented additional challenges. This mindset of leveling the playing field for all carried through in Amy's political beliefs, her worldview, and her volunteer activities. Her curiosity and thirst for knowledge broadened her circle of friends, many of whom she engaged in lively and civil conversation about current events.

In 1995, Amy's nephew, Jackson Clay Monroe, was born and immediately became the apple of her eye. Two year-old Matthew Isaiah Wallace came into her life in 2001. In 2003, Amy gave birth to Jonathan Michael Langenbach, the love, light, and joy of her life.

Amy and Kelly Brown began their life together in September 2011. They married on September 12, 2019.

Amy was preceded in death by her parents. She is survived by her wife, Kelly; sons, Jonathan and Matthew; sister, Lisa Monroe; and nephew, Jackson. In addition, she leaves behind countless friends with whom she enjoyed many happy hours floating in the pool or hanging out under the pergola.

The family deeply appreciates the services of Lifespring Hospice, especially Molly Ross-Metheny who was there with us every step of this painful journey.

In lieu of flowers, the family suggests donations to the Norman Public Schools Foundation at https://app.etapestry.com/hosted/NormanPublicSchoolFoundatio/OnlineDonation.html or to Sox of Love/Laundry Love at https://www.soxoflove.org/donate.html.

Due to coronavirus restrictions, a celebration of Amy's life will be held at a later date. Whenever you see a cardinal in the coming days, think of Amy and her love for all.
Published on March 20, 2020
To plant a tree in memory of Amy Louise Langenbach, please visit Tribute Store.

Plant a tree in memory
of Amy

A place to share condolences and memories.
The guestbook expires on June 18, 2020.

Trina Arnold
"Tell your friend that in her death, a part of you dies and goes with her. Wherever she goes, you also go. She will not be alone." Jiddu Krishnamurti - Amy will not be alone as her many friends and family will always be there keeping her memories alive. She was/is a special person.
Debra Woods
I enjoyed knowing Amy when we taught at the same school. My heart is with her family as they process her passing. Her love of learning, books and life was infectious. She will be missed by all who knew her.
Kathy Taber
I has always been a delight to talk with Amy and share our love for learning and children. My most recent memory was of seeing her and her family out at breakfast. She had such joy in introducing them to me. The Langenbach family has touched my life in many ways. I send love out to you all.
Uncle Mike
A life cut short by cancer. Amy you blazed your own path throughout the years. You will be missed. 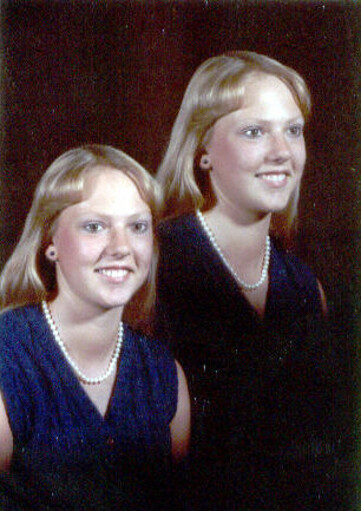 Christine Lovasz-Kaiser
To Amy’s family and friends, I send my condolences and loving thoughts. I went to school with Amy from 6th grade on and after reading this I am so sad that I really didn’t know her well. She sounds like an amazing person and I feel like the world is both sadder now that she’s not in it but also much more beautiful for her having been in it.
Jennifer O’Neal
Lisa, I am so sorry for your loss and the loss for your family. Alanna and I were just talking about your classes at OU that we loved and your sister also. Will be thinking of you. Much love.
Charlotte Jones
My heart has hurt since hearing of Amy’s passing. Amy and my children attended Middle Earth together and then Eisenhower Elementary - also the softball practices and games with Lisa, Mary Ann and Michael as coach. It was a pleasure to watch Amy grow as an educator and enjoy life as a mother and friend to so many. Kelly, Michael, Lisa, and precious friends who meant so much to Lisa - my heart is with you and I wish you peace. Charlotte Jones
Susan Gladhill
I had the privilege of teaching Amy at Eisenhower and being a part of that special time in her life! She was smart, kind and a delight to teach. Her parents, Mike and Maryann, were so supportive of their girls, their education and the teachers. It was exciting for me personally when Amy began teaching and knowing the impact she would make on other young students. Condolences to the loved ones Amy left behind. Farewell for now my sweet student and friend.
Kelly (McDaniel) Gottsponer
Haven’t seen Amy since high school, but hate that her time ended so suddenly and too soon. Kelly, Matthew, Jonathan & other friends & family: Peace be with you during this difficult time.
Eternal rest, grant unto her O Lord and let perpetual light shine upon her.
Richard Dennis
My heart is hurting for the loss of Amy. As a young teacher at Eisenhower, I was encouraged to have a student with Amy's love and enthusiasm for learning. My condolences to her family and friends.
Randy Waddell
My condolences to Amy. I got to know your family at Eisenhower and have many fond memories of your family. Rest In Peace.
View all 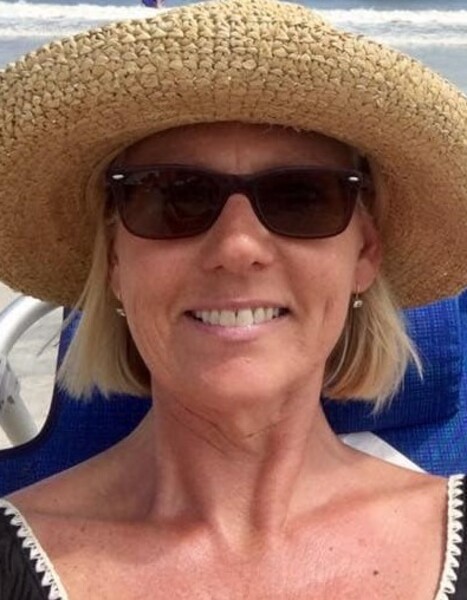