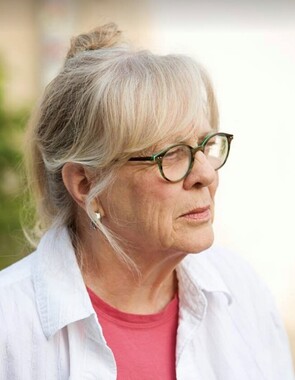 Back to Almira's story

It is with heavy hearts that we mourn the loss of Almira (Hill) Grammer, who passed on the afternoon of January 28, 2020. Almira was born and raised in DuQuoin, Illinois to parents Leslie Burton and Lorena Maria (Layton) Hill. On August 24, 1958, shortly after graduating from DuQuoin High School, Almira married the love of her life, Gary Grammer. The couple welcomed sons Steven in 1961 and David in 1962. The family remains very close. One of Almira's great pleasures was spending time with her grandchildren Helen and Nicholas and she always made time for them. Gma, as they called her, was a confident, a listener, and a friend. A few of their favorite activities included going to lunch together and watching Family Feud and Sherlock Holmes mysteries.
Almira travelled extensively with Gary while he was employed first with Woolworth and later TG&Y, before ultimately settling in Norman, Oklahoma. They lived for 12 years in southern Florida enjoying walking along the beaches, collecting seashells and listening the sounds of the ocean. Gary and Almira decided to make Norman their permanent home even after TG&Y permanently closed their doors and entered the greenhouse business, opening Oak Hill Plant Farm in 1985 and later Blue Creek Plant Farm. During this time Almira began her affiliation with the University of Oklahoma, working in the Athletic Department tutoring athletes in a variety of subjects under Coaches Barry Switzer and Gary Gibbs. She later joined the University of Oklahoma faculty as an Adjunct Professor in the Osher Lifelong Learning Institute, teaching, among other things, a course on the literary genre of murder mysteries. Shortly after the first year of the class when only a few pupils enrolled over 50 pupils enrolled in her class with a waiting list after news of her incredible teaching style spread.
Almira's passion was art. She was an accomplished artist, initially using pencils, charcoals, pen and ink, oils, and Prismacolor. As she developed her artistry, acrylic paints became her medium of choice. Almira's creations are known for her unexpected use of color and her ability to capture the mystery, as well as the integrity and presence, of her subject. Almira once stated, "Color is my driving force. I never know where it will take me during the painting process. I have been creating art for most of my life. ... As far as my style is concerned I tend to edit out many of the details."
Her genre was "Fading Americana": quirky buildings, unique landscapes, and, especially, abandoned barns that she came across while driving the backroads of Oklahoma. Her work has been recognized for its merits by winning numerous awards, including being selected to exhibit her work in the Governor's Gallery at the State Capitol in 2013. Her work is currently on display at the Firehouse Art Center in Norman and JRB at the Elms in the Paseo District in Oklahoma City, and virtually on dailypaintworks.com and arts.ok.gov. Almira will also have art on display in the upcoming 40 over 40 exhibit of the Norman Arts Council.
In addition to painting, Almira enjoyed watching and reading murder mysteries, particularly of British origin, gardening, and spending time with her beagle Molly. Though her style was widely regarded as simplistic and understated, she took great pleasure in growing flowers, especially lilies, morning glories, hyacinths, orchids, jonquils, and irises.
Almira was preceded in death by her parents and infant son Gary Michael Grammer. She is survived by her husband of 62 years, Gary Grammer; sons David Grammer and wife Tracy and Steven Grammer; grandchildren Nicholas Grammer and Helen Grammer all of Norman. She had a very close group of friends including Sue Schofield, Lisa Angelloti, Hope Warner, Yvonne Evans, and Sally Blair.
Memorials may be made in Almira's name to the Norman Arts Council located at 122 E. Main Street, Norman, Oklahoma 73069.
Almira's family has entrusted her care to Tribute Memorial Care in Norman (405.292.4787). Her family will be present for visitation from 6:00-8:00 pm on Friday, January 31st at Tribute Memorial Care located at 708 24th Ave NW in Norman. Services to celebrate Almira's life will be held at 2:00 pm on Saturday, February 1st at Immanuel Baptist Church in Norman located at 1777 E. Robinson with burial following at Warren Cemetery.
Condolences and memories of Almira may be shared on the Tribute Memorial Care website at www.tribute.care.
Published on January 30, 2020
To plant a tree in memory of Almira Elizabeth Hill-Grammer, please visit Tribute Store.

Plant a tree in memory
of Almira

A place to share condolences and memories.
The guestbook expires on April 29, 2020.

Dan & Cheryl Laidacker
Gary et al,
We are so sorry for your loss. She was such a talented artist and a true advocate for the preservation of nature. You are in our prayers.
Teresa McAfee
I took Almira's Mystery Maker class on and off for years. Even after I moved to Texas, I would sign up, read the books, and make the trip to Norman when I could. She was, hands down, the best teacher I ever had. And I am also privileged to own a couple of her paintings. If life had been different, I know she would have been a wonderful friend to have had as well. I liked her immensely and know the world will be a much lesser place without her. I am so sorry that we have lost her.
View all 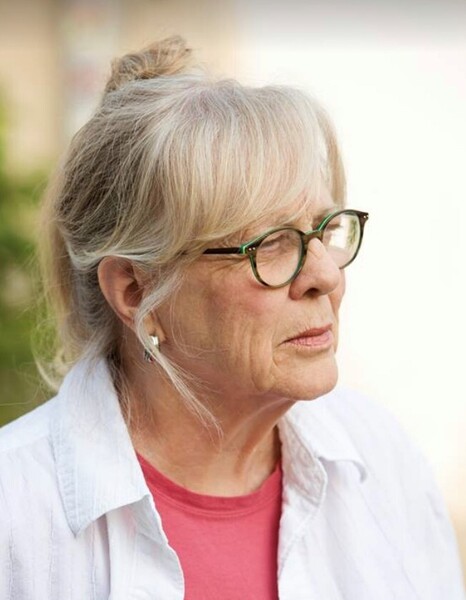